CHIBOK: HOW DAVID BROUGHT BACK OUR GIRLS! 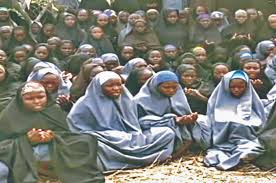 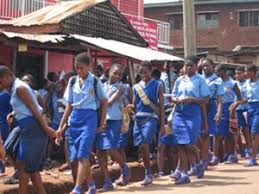 About a year ago, my intimate friend from Michika in Adamawa State in North East of Nigeria intimated me of how young girls in the area and environs were committing suicide to avoid rape and forceful marriage by the Boko Haram sect.

Few months ago, a prominent Pastor Kalejaiye of the Redeemed Christian Church of God wondered openly why Christians were being killed now in the churches when the church is praying.

Like we said in the introduction of this blog, challenges don’t respect geographic boundaries, economic or political blocs. They are as historic and ancient as they are modern and contemporary.

They   become news when they put on new personalities or methods or come close to us.

Behind these problems are unseen forces powered with the mission to kill, destroy and steal.

David was a 10th century king of king of Israel. He was   “a man after God’s heart”, who killed Goliath who defiled God and Israel’s army. By this bravery he came to the lime light in his nation. The Hebrew nation attained its most powerful during his rule. But his girls were once abducted into captivity.

One day in history, “the good looking man, redhead, and with beautiful eyes, skillful in music, undefeated warrior, a man of war, prudent in speech and handsome’

“… arrived home at their town of Ziklag,” and their wives and daughters had vanished. “… they found that the Amalekites had made a raid into the Negev and had burned Ziklag to the ground . . . 2.They had carried off the women and children and everyone else but without killing anyone . . . 3.When David and his men saw the ruins and realized what had happened to their families, .4.they wept until they could weep no more. “..5. David’s two wives, Ahinoam of Jezreel and Abigail, the widow of Nabal of Carmel, was among those captured. .6.David was now in serious trouble because his men were very bitter about losing their wives and children and they began to talk of stoning him.

But David encouraged himself in the LORD his God

These were great men of war. The Bible described them as David’s mighty men. They were the best soldiers in Israel at the time. The great army of Israel that was chasing them   could not defeat them. When women weep. It’s normal. But when men, and men of war weep. That’s news. They wept until they had no more strength to weep.

Victorious armies in ancient times took from their captives those they desired for slaves and wives. “Such removal from their land nearly always meant the destruction of national existence and a feeling of severance from the care and protection of their local or national god…” The practice of deportation was reversed by the Persians in 536 B.C.This new policy was actually by divine intervention. God through Isaiah prophesied that He had anointed the heathen Cyrus to free and return the Israelites from Babylonian captivity. [Isaiah 45; 44].

Babylonians were fierce fighters. “Documents reprinted in the Old Testament tell us that in his first year in Babylon, Cyrus decreed that the house of God at Jerusalem could be rebuilt.[2Chron. 36:22-23,Ezra 1:1-3;6:2-5]. “During excarvation [1879-1882] at Babylon, archeologist Hormuzd Rassam discovered an inscription telling of Cyrus’s conquest of the city and his policies. The books of Isaiah and Chronicles agree with the content of the inscription, which says that captured peoples were allowed to return home…”
So these things do happen. What is important is how challenges are handled. David’s men lost confidence in his leadership just like what the President of the Federal Republic of Nigeria, Dr. Goodluck Ebele Jonathan may be experiencing from some stakeholders now over the abduction of our Chibok girls.

However, David   believed in the leadership of God and turned to Him for what to do.
Josephus, the legendary Jewish historian whose work provides substantial first-hand corroboration of biblical record said, David “…desired the high priest Abiathar to put on his sacerdotal garments, and to inquire of God, and to prophesy to him...”
7 “Then he said to Abiathar the priest, “Bring me the ephod!” So Abiathar brought it. .8.Then David asked the LORD, “Should I chase them? Will I catch them?”
And the LORD told him, “Yes, go after them. You will surely recover everything that was taken from you!”
9. So David and his six hundred men set out and they soon came to Besor Brook.
10 but two hundred of the men were too exhausted to cross the brook, so David continued the pursuit with his four hundred remaining troops.
Two hundred soldiers were incapacitated by emotional and psychological stress.
11 “Some of David’s troops found an Egyptian man in a field and brought him to David. They gave him some bread to eat and some water to drink.
12 They also gave him part of a fig cake and two clusters of raisins because he hadn’t had anything to eat or drink for three days and nights. It wasn’t long before his strength returned.
13 “To whom do you belong, and where do you come from?” David asked him.
“I am an Egyptian—the slave of an Amalekite,” he replied. “My master left me behind three days ago because I was sick.
14 We were on our way back from raiding the Kerethites in the Negev, the territory of Judah, and the land of Caleb, and we had just burned Ziklag.”
15 “Will you lead me to them?” David asked. The young man replied, “If you swear by God’s name that you will not kill me or give me back to my master, then I will guide you to them.”
16 So the Egyptian led them to the Amalekite encampment. When David and his men arrived, the Amalekites were spread out across the fields, eating and drinking and dancing with joy because of the vast amount of plunder they had taken from the Philistines and the land of Judah.
17 David and his men rushed in among them and slaughtered them throughout that night and the entire next day until evening. None of the Amalekites escaped except four hundred young men who fled on camels.
18 David got back everything the Amalekites had taken and he rescued his two wives.
19 Nothing was missing: small or great, son or daughter, nor anything else that had been taken. David brought everything back.
[1Samuel 30:1-19 NLT] 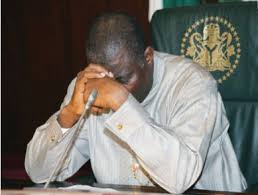 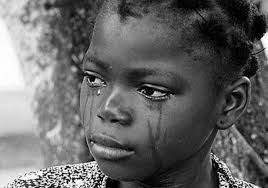 How did David bring back the girls? What was his secret?

He sought direction by enquiring from God Who knows and sees everything and everywhere. He recognized that the battle is the Lord’s. He provided rest for the weary [9-10]. He assisted the abandoned [v11, 12]. He resisted selfish and foolish officials with God’s truth [v22-25]

The  Sultan of Sokoto, Alhaji Mohammad Sa’ad Abubakar 111   was reported in the Guardian of 13th   June 2014, as saying  during the yearly conference of Muslim Lawyers’ Association of Nigeria[MULAN], among other things that , “…  who said you can’t dialogue  with criminals? You cannot fight criminals because you don’t even know where they are”.

If man does not know where criminals are, God knows.

The world has been calling for action against this bestiality. Global demonstrations, private and public prayers for the release of these girls, “#Bring Back Our Girls” are ongoing. Like in the first century when King Herod threatened to annihilate the young church, the church became stronger through the prayers of the saints.

These prayers are yielding results. An attempted bombing of the 10,000 capacity Living Faith Church in  Owerri , capital of Imo State in South East Nigeria was  foiled. The Living Faith Church world wide had been involved in concerted intercessions  in a program tagged “A Battle for the Soul of Nigeria”. The following day Monday, June 17, 2014, not less than 486  suspected insurgents including females were  arrested by the military personnel of 144 batalion of the Nigerian Army with  base at Asa in Ukwa West council of Abia State.

We need to consider at this point the seeming total dependence on scientific powers for the resolution of challenges facing mankind. The mystery of the missing Malaysian Airline MH370 is still with the world. The technologies of the nations are yet to   produce results.

If David brought back the girls by the prayer of enquiry, with His grace we may need to follow his steps.

Dr.David O.  Oyedepo, who is the President of Living Faith Church Worldwide Inc., writes on the prayer of enquiry in page 98 his book, “Winning Prayers”.

“We are full of prayers of petition, calling on God to intervene and do something about our situation. But we have more often than not ignored the place of enquiries, which is what gives us access to God’s ways. It is the access to the secret and hidden things of life. You must make enquiries from Him, if you really desire the way out of your predicament, for God’s ways are higher than  ours and His thoughts than ours [Isaiah 55:9]…”

“In the prayer of enquiry, God shows you what you need to do in order to get what you are looking for.

“King David won all his battles because he was a man of enquiries.

17 “When the Philistines heard that David had been anointed king of Israel, they mobilized all their forces to capture him. But David was told they were coming and went into the stronghold.
18 The Philistines arrived and spread out across the valley of Rephaim.
19 So David asked the LORD, “Should I go out to fight the Philistines? Will you hand them over to me?”
The LORD replied, “Yes, go ahead. I will certainly give you the victory.”
20 So David went to Baal-perazim and defeated the Philistines there. “The LORD has done it!” David exclaimed. “He burst through my enemies like a raging flood!” So David named that place Baal-perazim (which means “the Lord who bursts through”).
21 The Philistines had abandoned their idols there, so David and his troops confiscated them.
22 But after a while the Philistines returned and again spread out across the valley of Rephaim.
23 And once again David asked the LORD what to do. “Do not attack them straight on,” the LORD replied. “Instead, circle around behind them and attack them near the balsam trees.
24 When you hear a sound like marching feet in the tops of the balsam trees, attack! That will be the signal that the LORD is moving ahead of you to strike down the Philistines.”
25 So David did what the LORD commanded, and he struck down the Philistines all the way from Gibeon to Gezer.
2 Samuel 5:17-25 [NLT]. 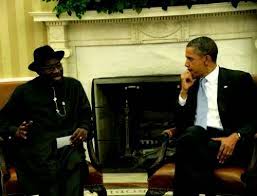 The establishment of the monarchy in Israel did not solve their problems.” A close study of some biblical leaders  like Eli, Samuel, Saul and David who succeeded or failed shows that each leader  depended on his devotion to God, not his position, leadership style, wisdom, age, strength, confraternities etc.

God desires genuine devotion from us-who are leaders at various levels. The system and whether we are in or out of government is not the matter. No government or set of laws can substitute for the rule of God in our heart and life.

In 2012, Abubakar Shekau, the late erstwhile leader of Boko Haram announced the mission statement of his sect. “…this war is not political. It is between Muslims and unbelievers [arna]. It will stop when Islamic religion is the determinant in governance in Nigeria or, in the alternative, when all fighters are annihilated and no one is left to continue the fight”.

The Sultan in his address to MULAN said it is impossible to Islamize Nigeria. We wish for a change of heart among the BH set. There is a place for progressive revelation in all religions.

The historic experience between David and the Amalekites show that annihilation is possible as an option in the statement of the late BH late is possible.

WHAT DO YOU THINK SHOULD BE DONE TO #BRING BACK OUR GIRLS NOW?