33% of the World Loves Vladimir Putin…but!

I love President Putin of Russia; but he does not express emotional love. Somehow, looking like a sulking school boy.

There was something about him in his first campaigns  for the position of President of Russia. He was young savvy and wealthy. An admirer in Russia said he is powerful. And true to type when terrorists threatened to disrupt the winter Olympics, he assured the world, he‘ll uproot them and he did.

But Putin is also expressionless. He does not glow in emotional voltage through smiles as many politicians do.

This is contagious too.

When Vladimir Putin met Barak Obama, U.S. President, at the G-8 Summit in Northern Island to discuss potential solutions to the conflict in Syria in 2013, a smileless contagion came to the scene- both gentlemen Barak Obama and Vladimir Putin were seen expressionless-no diplomatic presidential smiles…mum.

But it was a different “papal” game at the Vatican.

Pope Francis, Time Magazine’s person of the year 2013 met Russian President Vladimir Putin at the Vatican to discuss Syria’s civil war and the role of Christianity in society. Putin kissed an icon of the Madonna that he [Putin] gave to Francis.

Pope Francis and Vladimir Putin sat on white chairs on opposite sides of the table facing each other across the table looking into space…no expressions on their faces. 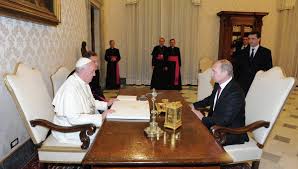 But Putin had done what he needed to do. He kissed the virgin-the Madona, virgin mother of Jesus the Christ.

Kiss is an expression of presumed intimacy. It could involve a degree of mutual and emotional acceptance. The Illustrated Oxford Dictionary describes kiss as, “touch with the lips especially as a sign of love, affection, greeting, or reverence”.

Kiss could be an expression of love restored as exemplified in Joseph’s meeting with his estranged brothers.

“Then Joseph kissed each of his brothers and wept over them, and then they began talking freely with him”.
Genesis 45:15NLT

It could also be reconciliation of love as in the case of Jacob and Esau, in Genesis 33:4, “Then Esau ran to meet him and embraced him affectionately and kissed him. Both of them were in tears.
” NLT, or the return of prodigal like the prodigal son in Luke 15:20, “So he returned home to his father. And while he was still a long distance away, his father saw him coming. Filled with love and compassion, he ran to his son, embraced him, and kissed him.”  NLT

Naomi and her daughters-in-laws is a different one. Love had been visited by bitterness and suffering and disrupted.
“May the LORD bless you with the security of another marriage.” Then she kissed them good-bye, and they all broke down and wept”.
Ruth 1:9. NLT

Whether in religious rituals, heat of passion or seduction, all kisses burn with high voltage of emotion.

“Ambassador”, you may say. “Kissing may just be cynical promises of political campaigning, the Absolom’s kiss” and you quote,  2 Samuel 15:5-60, which captured the hearts of the multitude of people like what we see in political campaigns today. Furthermore, Judas Iscariot betrayed Jesus with a kiss, “But even as he said this, a mob approached, led by Judas, one of his twelve disciples. Judas walked over to Jesus and greeted him with a kiss.”
Luke 22:47NLT

Vladimir Putin who God has allowed to be the President of Russia now kissed the Madona with the kisses of his mouth. That is an intimate expression of love which the Roman Catholic Madona represents. 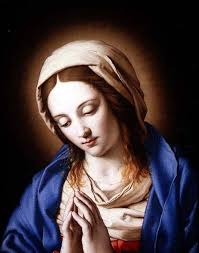 The Madona
And what does she represent?

She is the virgin mother of our Lord Jesus Christ. Not known to be given to much words, she once said whatever Jesus tells you to do, do it.[John 2:5].

Regarding the issues of man’s love for God Jesus said in John 14:23, “All those who love me will do what I say. My Father will love them, and we will come to them and live with them”. NLT.

“A second is equally important: ‘Love your neighbor as yourself.’
Mathew 22:39NLT 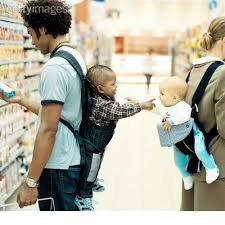 Love your neighbor man
“Love does no wrong to anyone, so love satisfies all of God’s requirements”.
Romans 13:10. NLT

It is believed in some international circles that my beloved friend Vladimir Putin has capacity to bring peace to the Ukraine in a second if he so desires.

If he is touched by the hardships, the war wickedness which he cannot control, and the deaths taking place in the Ukraine and love his neighbor as himself he will automatically become a star to the 17% of the world’s population which the Pope Francis represents and a total of at least 33% of the world’s Christians.

Nelson Mandela became a global icon because he expressed his love by forgiving apartheid gladiators.

Is this a worthy  gift  to the world this Christmas?

Your comments are welcomed.