Why Nigeria Is Still a Country - Pastor E. O .Adeboye

...how a city buried its self. 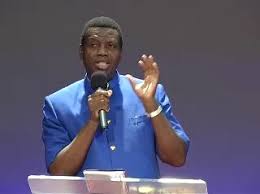 
Nigeria is still a country because of the grace of God. People should not take the grace of God for granted. The General Overseer of the Redeemed Christian Church of God [R.C.C.G.], Pastor Enoch O. Adeboye, said at the 13th edition of the Abuja Special Holy Ghost Service of the Church on November 15, 2014. 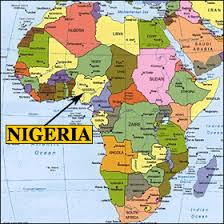 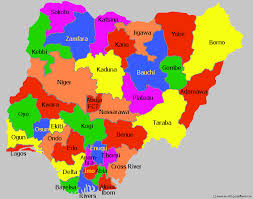 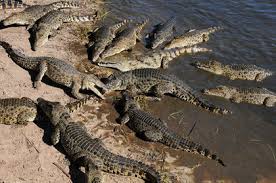 Similarly, Roselyn Oduyemi, the Founder of Roselyn Oduyemi Global Outreach [R.O.G.O] is calling Nigerians to a concentrated prayer for one month in January 2015 to dislodge the stronghold of the enemy’s plan for Nigeria. She is mobilizing Nigerians in a prayer campaign tagged “1-1-1 Prayer Movement”.

Rev. Mrs. Roselyn Oduyemi leading positive action for change through "1-1-1PRAYER MOVEMENT come January 2015
Citing among other things the horrendous realities of war she said, “When there is war on the streets, you will not enjoy the luxury of free movement, free association or free religion that we take so much for granted”.

She also cited Ukraine, Russia and Chechen as examples “for those who think that breaking Nigeria up into little sectional pieces may not be a bad idea, and no country in the world has successfully broken up without countless loss of lives, even in cases where the breakup started out peacefully by agreements.

Adeboye said Nigerians should not have the impression that God is not hearing prayers, as a result of the current security problems in Nigeria.

He also warned citizens not to overstretch the grace of God on the land, adding that any country that wallows in wickedness would have itself to blame.

Grace in the Christian context is God’s kindness and love shown to man, though he may not have deserved it. It is God’s free and unmerited favor.

Unfortunately, grace can be misused. “What shall we say [to all this]? Are we to remain in sin in order that God’s grace [favor and mercy] may multiply and overflow? [Romans 6:1] Amplified.

Since we can only be what we are and have been what we are already by grace,” But whatever I am now, it is all because God poured out his special favor [grace] on me—and not without results. For I have worked harder than all the other apostles, yet it was not I but God who was working through me by his grace.” NLT [1 Corinthian 15:10],

and can indeed fall away from grace.” For if you are trying to make yourselves right with God by keeping the law, you have been cut off from Christ! You have fallen away from God’s grace.
NLT [Galatians 5:4],

we can  stand in grace, “Because of our faith, Christ has brought us into this place of highest privilege where we now stand, and we confidently and joyfully look forward to sharing God’s glory”,  [Romans 5:2] NLT

by approaching God’s throne of grace,” So let us come boldly to the throne of our gracious God. There we will receive his mercy, and we will find grace to help us when we need it”.
NLT. [Hebrew 4:16].

These dangerous and wicked require that we live  before the throne of grace. 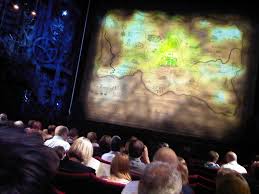 The dark places of the earth are full of cruelty

Two characteristics of the wicked are shown below from the Bible.

“My enemies cannot speak one truthful word.
Their deepest desire is to destroy others.
Their talk is foul, like the stench from an open grave.
Their speech is filled with flattery”.
Psalm 5:9 .NLT, and “They will be unloving and unforgiving; they will slander others and have no self-control; they will be cruel and have no interest in what is good . . .
They will betray their friends, be reckless, be puffed up with pride, and love pleasure rather than God . . .
They will act as if they are religious, but they will reject the power that could make them godly. You must stay away from people like that”.
2 Timothy 3-5.NLT

One of the consequences of the wicked is that they die before their time. “But Er was a wicked man in the Lord’s sight, so the LORD took his life.
”
Genesis 38:7. NLT. The King James Version said, the Lord slew him.

Corporate wickedness has its place too. In Luke 17:29, “… until the morning Lot left Sodom. Then fire and burning sulfur rained down from heaven and destroyed them all.”
NLT

Adeboye who condemned the recent attacks by insurgents on schools in the north of Nigeria, said,  he was tempted to cancel the Holy Ghost Service, as a mark of honor to the bereaved parents. 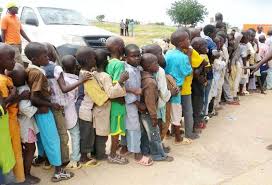 “I said to myself, how I can continue with the service when innocent children are being murdered, but the Lord encouraged me to go ahead with a promise that He will answer prayers speedily tonight”.

Adeboye said the greatest gift of God to mankind is the gift of Jesus Christ, noting that Nigeria would do itself a lot of good by accepting this gift and desisting from acts that could incur divine wrath.


As a manager of news on a national scale for many years, I have come to realize that bearing our journalistic emphasis on the exciting and somewhat delirious way we scramble and define news, it has always been the same thing only tinted by time, environment, and culture and perhaps repacking in today’s language and way of doing things-just a new swag. The author behind these “news” is the same old time adversary.

How did a city bury itself? It is here in Paul’s painful and intellectual description of the downward spiral of pagan humanity.

“18. But God shows his anger from heaven against all sinful, wicked people who push the truth away from themselves.
19. For the truth about God is known to them instinctively. God has put this knowledge in their hearts.
20 .From the time the world was created, people have seen the earth and sky and all that God made. They can clearly see his invisible qualities—his eternal power and divine nature. So they have no excuse whatsoever for not knowing God.
21 .Yes, they knew God, but they wouldn’t worship him as God or even give him thanks. And they began to think up foolish ideas of what God was like. The result was that their minds became dark and confused.
22 .Claiming to be wise, they became utter fools instead.
23 .And instead of worshiping the glorious, ever-living God, they worshiped idols made to look like mere people, or birds and animals and snakes.
24 .So God let them go ahead and do whatever shameful things their hearts desired. As a result, they did vile and degrading things with each other’s bodies.
25 .Instead of believing what they knew was the truth about God; they deliberately chose to believe lies. So they worshiped the things God made but not the Creator himself, who is to be praised forever. Amen.
26 .That is why God abandoned them to their shameful desires. Even the women turned against the natural way to have sex and instead indulged in sex with each other.
27 .And the men, instead of having normal sexual relationships with women, burned with lust for each other. Men did shameful things with other men and, as a result, suffered within themselves the penalty they so richly deserved.
28 .When they refused to acknowledge God, he abandoned them to their evil minds and let them do things that should never be done.
29 .Their lives became full of every kind of wickedness, sin, greed, hate, envy, murder, fighting, deception, malicious behavior, and gossip.
30 .They are backstabbers, haters of God, insolent, proud, and boastful. They are forever inventing new ways of sinning and are disobedient to their parents.
31 .They refuse to understand, break their promises, and are heartless and unforgiving.
32 .They are fully aware of God’s death penalty for those who do these things, yet they go right ahead and do them anyway. And, worse yet, they encourage others to do them, too.
Romans 1:18-32 NLT

Bible History tells us that Paul did not exaggerate the gross immorality and decadence of the Roman world. It is illustrated in contemporary writing- and in the remains of Pompeii. Soon after Paul wrote this letter, a violent eruption of the volcano Mt. Vesuvius buried the city in lava. Like Sodom and Gomorrah in the Old Testament, it was utterly destroyed…wickedness has a weighty content. 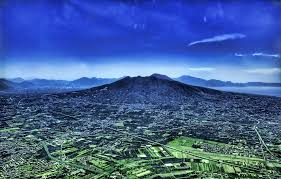 What are you doing in your unique space or   intend to do to   resist the wickedness in the land so that the grace of God in your life will not be in vain?

“As God’s fellow workers we urge you not to receive God’s grace in vain.” 2Corinthians 6:1.NIV.

When you do something with God’s grace in you , you grow in grace.
“But grow in the grace and knowledge of our Lord of our Lord and savior Jesus Christ…” 2Peter 3:18. NIV.

Please share here[Commentary/weightiermatter@gmail.com] with the world your work of grace or intended work of grace so that we grow together to the glory of God.
at 5:47 AM