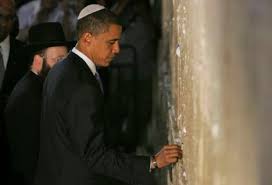 One action  that exposes a  politician's intention is public pilgrimage to Jerusalem otherwise called political pilgrimage.

Pilgrimage to the Holy Land of Jerusalem in Israel came into prominence and significance when Empress Helena visited Jerusalem in  326 .

Helena(c250-330)  who was abandoned by her husband in 292 for political reasons, rose to great influence when her son Constantine became Emperor of Rome in 306.She then  became a devoted protectress of the  christian church. It was during this visit that she founded the basilicas on the mount of Olives and at Bethlehem.

A pilgrimage is a journey to a shrine or sacred place as an act of religious devotion or obligation. It is also made sometimes to fulfill a vow. In earlier times a pilgrim would chant the songs of ascent or gradual palms(Psalms 120-134) as they approached Jerusalem. These psalms embody the important issues of protection, forgiveness, sin, help, pride, despair and wisdom.

Christian tourists to Bethlehem were  expected to reach a record 2 million in 2013, up sharply from the 1.18 million recorded in 2012, the Israeli Tourism Ministry said.

Do you think Nigerian politicians need these unseen forces?

President Goodluck Jonathan of Nigeria recognized this  when he visited Jerusalem   four months before elections in Nigeria, where he was  expected to seek reelections. Though he was at the Walling Wall with prominent Christian Leaders like Bishop David O. Oyedepo of the Living Faith Church Worldwide and Pastor Oritshejafor, President of Christian Association of Nigeria(CAN) to pray, his  prayer outline was not published as that of President Obama when he was in Jerusalem.

President Goodluck A.Jonathan of Nigeria @ the Wailing in Jerusalem

Its fashionable  for christian politicians to visit Israel before elections.So, many Nigerian politicians have been trooping to the Holy Land too. President Barak Obama of the U.S. also fulfilled this ritual before he was elected President in his first  term.The road to the White House was daunting one. 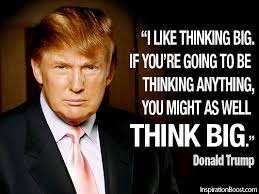 About a year after Obama got into office,Donald J. Trump, a New York Times Bestseller said concerning him.
"Obama will have to be a great president because we're in serious trouble as a country.It hasn't been this way since 1929. So he doesn't have much choice-he will simply have to be great, because he has very good chance of being.

"What he has done is  amazing. The fact that  he accomplished what he has-in one year and against great odds- is truly phenomenal . If  someone had asked me if a black man or woman could become president, I would have said yes, but not yet. Barak Obama proved that determination combined with opportunity and intelligence can make things happen-and in an exceptional way".

Donald Trump's  belief is tenable.  I also believe that the opportunity that a 'pilgrimage' offers is the unseen but powerful force behind his exceptional victory. In it he partnered with the divine. He was years ahead of the times because he exposed himself to the power of wisdom of the ages that has been, persisting  and are yet to come A truth that should guide his thoughts and actions.

Take a look at his prayer at the Wailing Wall in Jerusalem.

The Israeli Press got a piece of paper where Obama scribbled his prayers.Wow! How well orchestrated it was printed in the press.

This is the prayer.
" Lord- protect my family and me,
forgive me my sins, and help me guide against pride and despair.
Give me the wisdom to do what is right and just.
And make me an instrument of your will".

Here are the divine secrets  in Obama's prayer at the Wailing Wall at Jerusalem.

1. Protection
Luke 11:4. And forgive us our sins ; for we also forgive every one that is indebted to us...And protect us from evil.(KJV)

Luke 11:4. And forgive us our sins ; for we also forgive every one that is indebted to us. (KJV)

Having therefore obtained help of God, I continue unto this day, witnessing both to small and great, saying none other things than those which the prophets and Moses did say should come:

Pride goeth before destruction, and an haughty spirit before a fall. Proverbs 16:18

We would not, brethren, have you ignorant of our trouble which came to us in Asia, that we were pressed out of measure, above strength, insomuch that we despaired even of life:.11Corinthians 1:8.

We are troubled on every side, yet not distressed; we are perplexed, but not in despair; 11Corintians 4:8

If any of you lack wisdom, let him ask of God, that giveth to all men liberally, and upbraideth not; and it shall be given him. James 1:5

29And God gave Solomon wisdom and understanding exceeding much, and largeness of heart, even as the sand that is on the sea shore.
30 And Solomon's wisdom excelled the wisdom of all the children of the east country, and all the wisdom of Egypt
31 For he was wiser than all men; than Ethan the Ezrahite, and Heman, and Chalcol, and Darda, the sons of Mahol: and his fame was in all nations round about.
32 And he spake three thousand proverbs: and his songs were a thousand and five.
33 And he spake of trees, from the cedar tree that is in Lebanon even unto the hyssop that springeth out of the wall: he spake also of beasts, and of fowl, and of creeping things, and of fishes.
34 And there came of all people to hear the wisdom of Solomon, from all kings of the earth, which had heard of his wisdom. 1 Kings 4:29,30-34

"And the world passeth away, and the lust thereof: but he that doeth the will of God abideth for ever".1John2:17

IF GOD REIGNS IN THE AFFAIRS OF MEN SHOULD WE ACKNOWLEDGE HIM HONESTLY IN OUR BUSINESS?

What is your thought on this?