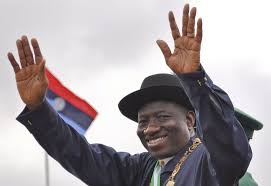 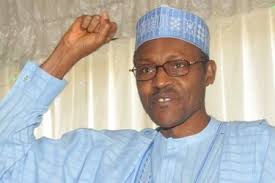 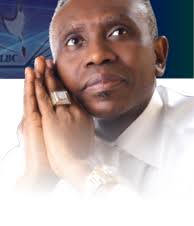 The major challenge to mankind is leadership-spiritual or secular. The desire to achieve leadership tasks man’s ingenuity. Therefore, the world is full  with much supply of philosophies, systems and even religions addressing this growing challenge by the day.

The wisdom that comes from “above”  puts Spiritual Leaders on top of worldly and demonic wisdom  above magicians, astrologers, soothsayers etc(Daniel 5:11-12), their secrets being that  they  operate the way of the Lord and  not the devices  of man.

Leadership by definition is not mutually exclusive to the spiritual or secular. The common denominator of leading people is having followers etc. The difference which is the concern of this piece is the manifestation of  the Spirit of God and the practice of His principles and Spirit.

“And He hath filled him with the spirit of God, in wisdom, in understanding, and in the knowledge, and in all manner of workmanship” (Exodus 35:30-31).

This wisdom is not taught in our learning Institutions. But institutions with this perspective are now called “faith based institutions”. 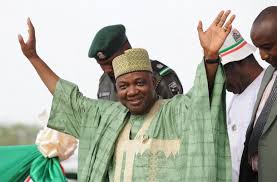 The presence of a problem does not exclude the absence or presence of answer. The real problem therefore might be the recognition of the answer.

Daniel knew this and said,” There is a God in heaven that reveal secrets” (Daniel 2:28). Pharaoh who did not serve the God of the Israelites  recognized this truth and acted to reap the benefits.” For as much as God hath showed thee all this, there is none as discreet and wise as thou art”.”…See, I have made thee over all the land of Egypt” (Genesis 41:39-41). 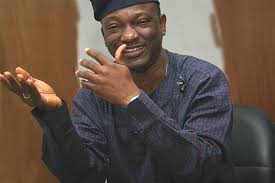 Jimi Agbaje of PDP and Akinwunmi Ambode...angling for the mega  city of Lagos.

According to Kenneth Copeland in his book,  “The Winning Attitude”, that means this world will never be overcome by a government, by a political system or by a monetary system. Money will never overcome the world! When the Bible talks about “the world”, it is speaking of the dominion of darkness, the god of this world, the evil spirit-Satan-that operates in this world. No man or system will ever-in any way, form or fashion-overcome the world without Jesus Christ as Lord. It simply can’t be done”.

William Purcell in his book, " Ten Spiritual Leaders"  says,” What is a spiritual leader? He or she is someone who, in a particular way and at a particular time, ha s to an outstanding degree revealed something of the reality of God to men and women of his or her own age and to the succeeding generations”.

He says there is a change coming. This change is “on the Christian scene is  one increasingly of a growing together of those who, professing the Christian cause, believing in the Christian faith, and trying to show it in their lives, are at long- last thought of, to a greater degree than ever before, as one”.

Dr. David Oyedepo in handling this world leadership issue in the book “The Emergence of the Glorious Church”, says,” I’m talking about the emergence of an army of God-from right in the midst of gloominess and darkness! A church is robed in power! An ever commanding strange wealth and manifesting the many sided –wisdom of God!” 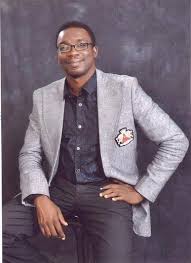 Senatorial candidate of the PDP  for Lagos West, Hon. Segun Adewale(AKA Aeroland) said,  his election is a done deal.

While commenting on Revelation 5:10, David Oyedepo says,” So whether as a priest in the temple, or a king in the palace, in ministry, in businesses, the ultimate of redemption is to make you reign on the earth. Until you begin to reign in the area where God has placed you, you are not fulfilling your calling”.

We shall be engaging some politicians who are angling to reign in Nigeria's general election billed for Febuary 14, 2015 to speak in the context of their spiritual capital, calling and convictions.