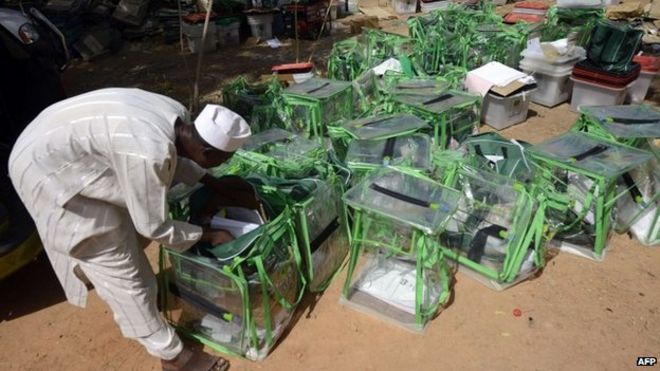 Reacting to claims  of victory by the Peoples Democratic Party in 23 states as reported by the Director of Media and Publicity of the PDP Presidential Campaign Organisation, Femi Fani-Kayode.
Fani-Kayode had on his official Twitter page  on Sunday, said,”As we speak now, we are winning in 23 states and we have 64 per cent while the APC is winning in 14 states and has 36 per cent.”
But Jega, in a series of tweets on the official Twitter page of INEC, countered the claim.
He  urged Nigerians to be  “wary of declaration from people who are clearly partisan.”
Jega said in the tweets, “I don’t know where the PDP spokesman got his source but we have not collated results in 23 states.”