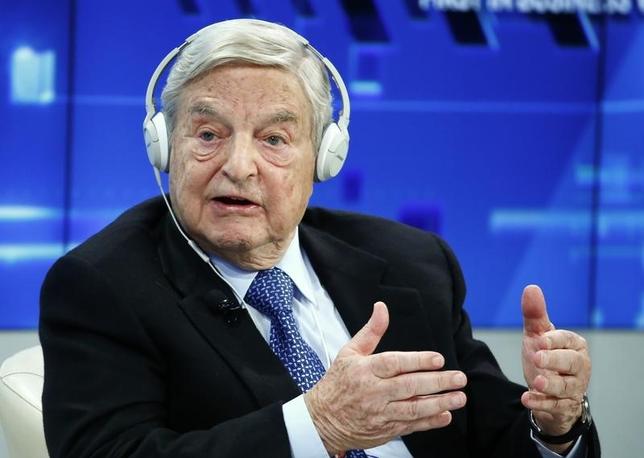 VIENNA
(Reuters) - Billionaire financier George Soros is ready to invest $1 billion in Ukraine, if Western countries help private investment there. He also put the odds of Greece leaving the euro at a third, in an interview with Austrian newspaper Der Standard.
Soros has previously urged the West to step up aid to Ukraine, outlining steps towards a $50 billion financing package that he said should be viewed as a bulwark against an increasingly aggressive Russia.
"The West can help Ukraine by increasing attractiveness for investors. A political risk insurance is necessary. This could take the form of mezzanine financing at EU interest rates -- very close to zero," he said in an interview published on Monday.
"I stand ready. There are concrete investment ideas, for example in agriculture and infrastructure projects. I would put in $1 billion. This must generate a profit. My foundation would benefit from this ... Private engagement needs strong political leadership."The Hungarian-born hedge fund magnate, who made his name betting against the pound in 1992, also put the chance of Greece leaving the euro zone at a third. Last week he put it at 50:50.
(Reporting By Shadia Nasralla; Editing by Larry King)
at 1:59 AM