Muslim chooses to die alongside Christians 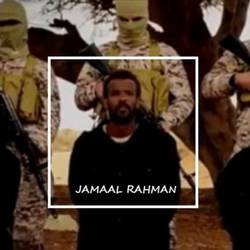 Jamal Rahman in the ISIS video (Photograph by  Missionline)

Among the Ethiopians killed in Libya by IS was Jamal Rahman: he offered to be taken hostage so as not to abandon a friend. The story is reported by PIME

Domenico Agasso jr Rome
He was among the 28 Ethiopians killed (by decapitation) by Isis in Libya and shown in the latest terror video by Al Furqan, the caliphate’s propaganda machine. Jamal Rahman, a migrant, was not spared, despite belonging to a Muslim family. Why? He offered himself as a hostage because he would not leave his Christian friend to die alone.
The story is reported by Giorgio Bernardelli on MissionLine, the magazine of the Pontifical Institute for Foreign Missions (PIME). To confirm the reports, “the unlikeliest of sources: a militant of the Shabab, the Islamic fundamentalists of Somalia”.

There are two different explanations for what happened: one reported by “an online newspaper of Somaliland”, maintains its “strangeness” saying that “he converted to Christianity on the road”; the alternative explanation, which PIME regards as “much more plausible, states that amidst the jihadists, the Muslim Jamal “foolishly” and willingly offered himself as a hostage to the jihadists, out of solidarity for a Christian friend he was travelling with. Perhaps he believed the presence of a Muslim in the group might even have saved the lives of the others”. This was not the case: Jamal was murdered alongside the Christians “as an apostate”.

The choice Jamaal Rahman made is reminiscent of the story of Mahmoud Al ‘Asali, the Muslim university lecturer who last summer in Mosul “stood up publicly against the persecution of Christians in the city”. He too paid for this gesture with his life.
at 3:09 AM