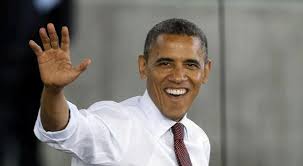 Reuters) - A day after becoming the first politician in Nigerian history to succeed a sitting leader by ballot, president-elect Muhammadu Buhari promised on Wednesday to "spare no effort" to defeat Islamist militant group Boko Haram.
The 72-year-old general, who first came to power three decades ago via a military coup and campaigned as a born-again democrat, also promised to tackle graft in Africa's largest economy.
"Boko Haram will soon know the strength of our collective will. We should spare no effort," Buhari said in his first formal speech since winning the election. "In tackling the insurgency, we have a tough and urgent job to do."
The group has killed thousands in its push to carve out a caliphate in northeastern Nigeria.

Despite the killing of more than a dozen voters by Boko Haram gunmen - who had pledged to derail the poll - the election was one of the most orderly in Nigeria's history.
Buhari won the election with 15.4 million votes to outgoing president Goodluck Jonathan's 13.3 million, a margin wide enough to prevent any challenge.
In an unprecedented step, Jonathan phoned Buhari to concede defeat and urged his supporters to accept the result, a signal of deepening democracy that few had expected in Africa's most populous nation.
Buhari congratulated Jonathan for peacefully relinquishing power on Wednesday.

President Barack Obama of the United States of America  called Nigerian president-elect Muhammadu Buhari on Wednesday to congratulate him on his election victory, the White House said in a statement.
He  also called Nigerian President Goodluck Jonathan and applauded him for peacefully conceding the recent election to Buhari.
Obama encouraged the two leaders to build on recent progress against the militant group Boko Haram.
(Reporting By Julia Edwards; Editing by Sandra Maler)

Posted by Ambassador T. Brikins
at 2:58 AM