Taxes: It's Only Money, But It's God's Money In Your Care 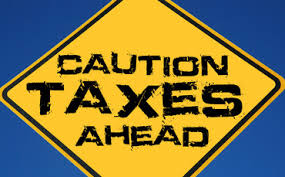 It is tax week 2015. If you completed your tax return on time and wrote that check you'd much rather leave in your account, why not pour yourself a cup of coffee (or maybe a bottle of antacid relief) and plop yourself down in your favorite easy chair and sit a spell. You deserve it. While relaxing, why not take a minute to entertain yourself and learn how your hard-earned money was spent.
Now-retired Sen. Tom Coburn's (R-Okla.) "Wastebook 2014" reports the government spent $856,000 to teach mountain lions how to run on a treadmill, $171,000 to teach monkeys how to gamble and $387,000 to give rabbits massages. It spent $331,000 to see if spouses are more likely to stab "significant other" voodoo dolls when hungry, $15,000 to attract Colorado young people to the symphony by funding the creation of "Classically Cannabis: The High Note Series." While we're on that high note, the IRS paid $4.2 billion in tax refunds to identity thieves and the Defense Department paid $1 billion to destroy $16 billion in unneeded military-grade ammunition.
"Waste Watch," a publication released by Rep. Steve Russell (R-Okla.) discovered things like $456,669 million was spent on a firing range in Afghanistan that "melted" away after it rained. Another expenditure you probably missed in 2014, was a $100 million "bailout" the State Department discretely transferred to the Afghanistan government without much explanation. An example of how cracked the system is, in 2013, the State Department paid $207,297 to Humpty Dumpty Institute to fly young Iraqi filmmakers to Los Angeles to show them how filmmaking is done, resulting in the production of an anti-American film.
A little searching on my own found the Bureau of Land Management (BLM) paid $98,670 in 2013 for a single-hole waterless outhouse up here in Alaska. According to CNSNews.com the unit cost was "as low as $9,999" plus shipping from Oregon and set up. You do the math.
Playing God via population control was a high priority, given the International Development agency stated its plan to invest $10.4 million empowering young Malawi girls to use birth control. In 2014, the Health and Human Service Department planned to spend $450,000 in grants to provide birth control "including long acting contraceptives and sterilization" to the Navajo Nation although its population declined by almost 4 percent between 2000 and 2010. And then it gets wacky. The National Institute of Health funded a four-year, $2.2 million study on the risks to contract HIV for married male migrant laborers from Tajikistan who had sex with female Russian prostitutes in Moscow. Like we should really care? Seriously.
Well-intentioned waste is still waste. Of the $360 million spent to build 11 Ebola treatment facilities in Liberia, nine failed to treat "a single Ebola patient." The other two only treated 28 patients, reports The New York Times. More concerning is the claim by the Washington Post that "the Pentagon is unable to account for more than $500 million" given to Yemen by way of "weaponry, aircraft and equipment" that officials fear is "at risk of being seized" by terrorists. Personally cited as one of President Obama's foreign policy successes last fall, seven months and $500 million later, terror abounds, the U.S. evacuates the embassy and UN secretary-general Ban Ki-moon states Yemen is "collapsing before our eyes."
The national debt spirals out of control. President Obama desperately wants conservatives to approve his budget he claims will erase the national debt over time. Quite a feat, given it was $10.5 trillion when he took office and exceeds $18 trillion today. Can't blame that on Bush. Jesus told us to "render unto Caesar what is Caesar's," and I happy-dance over the fact that here in America we get a say in who will be our new Caesar! Get it right this time, America.
Article 1, Section 8 of the Constitution gives the federal government permission to spend money on just a few things like post offices, roads and items related to national defense. Not monkey gambling and the wide assortment of other oddities wholeheartedly approved by those who control the purse. After all, it's only money. God's money and your money.


Susan Stamper Brown Susan Stamper Brown is an Alaskan resident and recovering political pundit who does her best to make sense of current day events using her faith. She tries to read every email sent to her at writestamper@gmail.com or join her Facebook page
at 3:07 AM