...and What it takes to be enlisted in this Army. 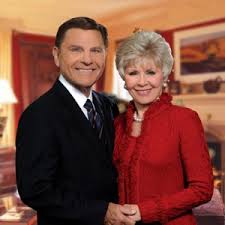 "I will build My church; and the gates of Hell will not overpower it"

The conference is an ordained event by God to mark the true start of the days of the Glory of the Church.
God will show  the secrets that make  an End Time Church and   what it takes to be enlisted as an Army of same.


Speakers at the event include Kenneth and Gloria Copeland and  David and Faith Oyedepo and other anointed ministers of God.These   are ministers with true evidence of the messages they teach and God will be using them to teach the deep mysteries that will make the Church full  proof  against all darts of the world.
The Conference which will show ministers how to make full proof of their ministry  will take place from  7th to  10th May, 2015 at Canaanland, Kilometer 10, Ota, Ogun State, Nigeria.. 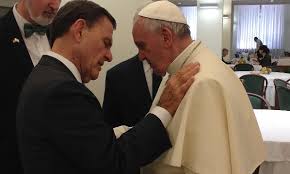 Kenneth Copeland and the Pope.


Kenneth Copeland is one of the leaders of the Charismatic Movement and  an American author, musician, public speaker, and televangelist.

He was born in December 6, 1936 (age 78), at  Lubbock, Texas, United States. He married his sweetheart Gloria   in 1963.
They are blessed with three Children,  Kellie Copeland-Kutz, John Copeland and  Terri Pearsons.
His movies and albums include The Gunslinger and "I was on His Mind".


David O. Oyedepo is a Nigerian Christian author, preacher, the founder and presiding Bishop of Living Faith Church World Wide, also known as Winners' Chapel, and its affiliated international churches. He is Chancellor of the best University in West Africa, Covenant University , Sango Ota, Nigeria and the agricultural technology and business focused University of Landmark, Omuaran, Kwara State, Nigeria.
He was born in September 27, 1954 (age 60), in Osogbo. He is married  Faith Abiola  in 1982. They are blessed with four children David, Isaac, Love and Joys.

2015:THE YEAR OF THE OVERCOMER!...Kenneth Copeland

This quote is from Brother Copeland’s January 2015 Partner Letter: The word of The LORD came to me saying, 2015 IS THE YEAR OF THE OVERCOMER! We will walk in the greatest supernatural victories of overcoming faith which we have ever seen or heard.
For whatsoever is born of God overcometh the world: and this is the victory that overcometh the world, even our faith. Who is he that overcometh the world, but he that believeth that Jesus is the Son of God? (1 John 5:4-5)
Say this:
I AM AN OVERCOMER! I BELIEVE THAT JESUS IS THE SON OF GOD. THEREFORE, I AM BORN OF GOD! WHATSOEVER IS BORN OF GOD OVERCOMES THE WORLD! THAT WOULD BE ME! I BELIEVE. I WILL. I TAKE IT. I HAVE VICTORY OVER THE WORLD. I AM SO GRATEFUL FOR IT. I FORGIVE, IF I HAVE AUGHT AGAINST ANY. I HAVE FAITH IN GOD!
There is nothing in this world order that faith won’t overcome.
KENNETH COPELAND