ERBIL, IRAQ — Amidst the battle against Islamic State across Syria and Iraq, an Arab Holocaust continues to unfold as millions of people flee their extremist ideologies and horrifying violence. 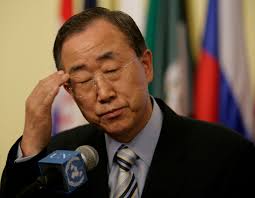 The situation is reaching a "new level of barbarity with each passing day" that's resulting in "devastating spillover effects across the region," stated U.N. Secretary General Ban Ki-moon at a meeting with world powers late last year.

Here in Iraq and Syria, the atmosphere among the people is one of despair as the world turns a blind eye to their suffering. "Only the mountains are our friends," say many Kurds, a minority group hatefully persecuted by the radical Islamists.
However, in the thick of the chaos and oppression, a glimmer of hope has emerged as thousands of people from traditional Muslim backgrounds discover the Gospel of Jesus Christ.
"I was a devote Muslim and often preached, but there was something missing. There was something empty about Allah and the Quran. Jesus appeared to me in a dream and open my eyes ... what has missing was His love and peace," said Iraqi Barazan Azeezi to The Christian Post.
Like many others disillusioned with the widespread oppression and injustice, Azeezi soon went looking for a Bible and started to read it and inspect it.
"I used to be a violent person internally and I was always afraid of Allah. I kept following instructions to satisfy him; however, as I read the Bible I began to love the true God and see His truth," he adds.
Muslims who embrace Christianity are ostracized by the community, disowned by their families and sometimes even killed for their newfound faith in Jesus.
According to Islamic doctrine, the death penalty for apostasy is found in two Quranic verses, 2:217 and 4:89. There are also several other supporting Hadiths where Muhammad the prophet of Islam declares: "whoever changes his Islamic religion, kill him."
It's a price many are willing to pay after they meet Jesus, says Azeez.
"In the beginning, my family thought I was joking and claimed that I was going mad. After months of debates, they started to threaten to kill me. ... It was God's grace that helped me overcome the fear."

Displaced Iraqi children, who fled from Islamic State violence in Mosul, sit on the ground, on the outskirts of Najaf, south of Baghdad June 24, 2015.

It's a familiar reaction from family members for many Muslims who turn to Christ.
Some new believers told CP that Jesus spoke to them while others were led to missionaries or churches to find out more. It's a unique message of peace that has even touched the hearts of some hardened Islamic State killers.
"After Islamic State fighters took control of cities like Mosul, they began to demolish churches. One fighter who was assigned to destroy a particular church saw a very bright light when he visited the church after dark. The light identified Himself to be Jesus. The fighter accepted Him as Lord," Azeez explained.
Other Islamic State fighters in Syria share stories of meeting a "man" who appeared to them and healed them of various afflications or wounds. Once they identify it was Jesus, they accept Him into their lives as their Messiah, despite being trapped inside IS territory.
Serving the persecuted church in the Middle East, many front-line workers are also watching the Gospel spread and change lives in the predominantly Muslim region.
"A decade ago, we would all hear when even one Muslim came to Christ in Lebanon or Syria. Now there are so many we cannot keep count," explains a humanitarian worker to CP.
Here in Northern Iraq, a group of around 1,000 people gather in a hall for a Christian worship service in Arabic. The room is dotted with Muslim women wearing the hijab and niqab, lifting their hands and praising God in Arabic.
Ululations break out as the people begin to joyfully worship, despite their struggles to survive and the threat of violence.
"We met a man who asked about the character of Christ and why Christians believe He is the Son of God," shared a missionary with U.S. organization Voice of the Martyrs. "We had a fantastic time explaining and sharing our faith with him and his wife. They listened carefully to know more and urgently requested a Bible to start reading."
Another frontline worker said: "We also saw a 15-year-old boy who we evangelized during our last visit. He was looking for us and had questions about the Bible."
The humanitarian crisis in the Middle East has reached unprecedented figures with more than 4 million people currently displaced, killed, tortured, raped or sold into slavery. Millions of others are struggling to survive in refugee camps or flee the ongoing conflict.
Azeez believes the emergence of Islamic State and the increasing injustice and oppression across the region, is a sign of the spiritual battle for the hearts of the people who call the region home.
"I believe Satan creates chaos in the Middle East to stop the Gospel from reaching our people. This is one of his last strongholds in the world and he won't back off easily," he concludes.