The new couple and the Bride's Father General Ibrahim Babangida

It was a gathering of who – is- who in Nigeria on the 12th of May at Minna, Capital of Niger State, Nigeria.  Private and public activities stopped for the wedding of Nigeria’s former military President General Babangida’s daughter Halima. It was emotional as Halima, the baby of the Babangida family was born when her father was military President of Nigeria. Inside reports have it that the birth  was a serious medical case at the time as her late mother was said to have reached an age deemed unsafe for child bearing.

The birth of Halima also revealed IBB’S love for children. A cartoonist depicted the military president in military uniform feeding the new baby from a feeding bottle on a sofa. When the president was in the midst of journalists he asked them  who did the work and actually congratulated the cartoonist  for depicting what he actually does.

One incident that tells the pomp of this wedding event is the landing of about 26 private jets and 4 Police and Air force aircrafts in the City of Minna, Niger State, Nigeria. 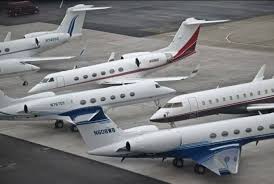 But beyond the number of the VIPs in  attendance   whether for political, business,  e.t.c.  reasons, it is of note   that the marriage institution is still respected not just by Nigerians but also by their leaders in spite of perceived and unperceived  battles against the it.

This might be news but statistics show that divorce rate is a rare phenomenon in Nigeria with only 0.2 percent of men and 0.3 percent of women deciding to end their union and 1 percent as being separated. The National Bureau of statistics of Nigeria which reported this low divorce rate in Nigeria also reported that some of the reasons for divorce include complaints like penis and breast size. Interestingly 22 percent of men in the United States of America where divorce rate is high at 53 percent cites sex as the number one reason for separation and divorce.

However, like in the United States of America, famous divorces are common among Nigerian celebrities. Some recent ones include Tewa Savage, Funke Akindele, and Toyin Aihmaku. Even the clergy has not been spared with such highly visible ones as Rev. Chris Okotie and Rev. Chris Oyakhilome. It will  appear that these vocal minority divorces tend to blow the incidence of failing marriages out of realistic proportion. 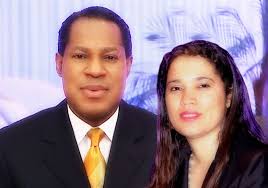 When put side by side with the top 10 Countries with the lowest divorce rates in the world which ranges from 0.4 to 0.9 percents, Nigeria definitely performs better in marriage matters than the best of the world like Bosnia and Herzegovina, Grenadines, Peru, Ireland, etc.

The Business Insider’s report on Divorce rate around the world published in May 25, 2014, reveal that, ‘The divorce rate is still high in the U.S. @ 53 percent. But Spain, Portugal, Luxembourg, the Czech Republic, and Hungary are worse off with divorce rates higher than 60 percent. Belgium has the highest rate of divorce set at a staggering 70 percent. The lowest official rate is in Chile with 3 percent.’

Wedding events present the opportunity for people to advice new couples on how to sail the sometimes stormy seas of marriage. Former Governors Isa Yuguda of Bauchi State and Gbenga Daniels of Ogun States in Nigeria; who were guests at the Halima Babangida's wedding  advised Halima and her husband to embrace patience in their marital journey and be advisers to each other and avoid ‘unfriendly’ friends. ‘He should always be with his wife, listen to her, let them be together and be advisers to one another’, Yuguda counselled.

The counsels will come from many more people both informed and uninformed. Offcouse Marriage Counselling is a booming career across the globe. These professional  Counselors adduce mainly psychological and social arguments in their trade. In spite of the available statistics they believe that court records seem to suggest that the rate of divorce in Nigeria is high. It will be interesting to study the number of weddings that take place every day as against the number of divorces every day.

Dr. E. W. Kenyon  in his revelation book, The Two Kinds of Knowledge, talks about the failure of human knowledge. ’All the knowledge that is taught in the academies, schools and Universities, is what we... call Sense Knowledge’’ .Sense knowledge has its limitations as it derives its authenticity or empiricism from one source-the five senses. Like the mirage that vanishes as we approach it and makes nonsense of our visual reality sense knowledge does not have all the answers.

However, their empirical methods undermine the supernatural dimension of the problem. Kenneth E.  Hagin said, ‘’As long as Satan can keep you in unbelief or hold you in the arena of reason, he’ll whip you in every battle. But if you hold him in the arena of faith and the Spirit, you’ll whip him all the time…’’  The first attack on the marriage institution was master minded by the devil. He has not given up.   He appealed to Eve’s senses. ‘’And when the woman saw that the tree was good(suitable and pleasant) for food and that it was delightful to look at,, and a tree to be desired in order to make one wise, she took of its fruit and ate it;…’’Genesis 3:6.  Job’s business and marriage was destroyed by the devil. In the light of conventional knowledge he concluded that God gives   and God takes. But the writer wrote from a supernatural perspective where by Revelation knowledge the discussion between God and Satan behind the scene shows that it was Satan orchestrating the tragedy of Job. The spiritual realm controls the natural realm. That’s why ‘’…we do not wrestle against flesh and blood, but against principalities, against powers, against the rulers of the darkness of this age, against spiritual hosts of wickedness in the heavenly places’’. Empiricism or Science cannot explore or understand the Spirit realm. 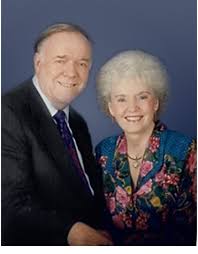 Kenneth Erwin Hagin (L)  was an American Charismatic preacher. He is usually  referred to as the "father" of the "Word of Faith" movement Essek William Kenyon(R)  was a pastor of the New Covenant Baptist Church and founder and president of Bethel Bible Institute in Spencer, Massachusetts.

The  battle against marriage is essentially spiritual. So, we should  believe and be moved by what the word of God says not what we see, feel, touch, smell and taste.

In a few years in my public service where I have had to settle troubled marriages, one thing baffles me, even among born again Christians. In all the cases, not in one occasion do the couples make reference to the Bible to either support their grouse or their actions. How would it be for a lawyer to argue his case before a court of law  without reference to the law or constitution? Yet the Bible upon which the legal system draws most of its thoughts is the Covenant Constitution of the Christian. In fact on this premise the Christian ought not to go to the Courts in matters between them.
We must go back to God as the prodigal son did. Job realized this and did the same in Job 40:4-5 when he said,’’ Behold, I am vile; what shall I answer you? I lay my hand over my mouth. Once I have spoken, but I will not answer; Yes, twice, but I will proceed no further’’. 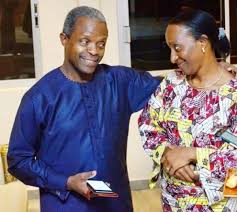 Prof. Yemi Osinbajo and his wife Oludapo Osibanjo. Prof. Osibanjo is a Pastor, a Nigerian lawyer and politician who is the current Vice President of Nigeria.

God Who created us also created  the marriage institution,  honors marriage and gave   counsel for its success. He always speaks before a thing happens. ‘But take heed; see, I have told you all things beforehand’. Mark 13:23.’’For the Lord God of Israel says, that He hates divorce and it covers one’s garment with violence’’. Malachi 2:16.

Part 2
The 26 Supernatural Secrets that make  thinking together possible