Experience Some Moments with Billy Graham Across the Globe.

How  His First   Stop in Liberia almost became His  last stop

...and learn from his critical defining moral decisions 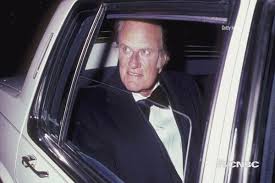 Billy Graham on the move


''...Churches in another nation, South Africa, strongly urged us to come, but I refused; the meetings could not be integrated, and I felt that a basic moral principle was at stake’’.


In 1958, Billy Graham accepted invitations to some African countries. A continent he described as, ’that great continent’’. ‘’After much prayer’’, he said,’’ we decided on eleven countries: Liberia, Ghana, Nigeria, and the Congo in Western Africa; Northern and Southern Rhodesia (now Zambia and Zimbabwe); Kenya, Tanganyika (now part of Tanzania), Ruanda-Urundi (now Rwanda and Burundi), and Ethiopia (now Ethiopia and Eritrea) in Eastern Africa and Egypt in Northern Africa.

‘’ Some countries, such as Sudan, remained closed to us for political or religious reasons. Churches in another nation, South Africa, strongly urged us to come, but I refused; the meetings could not be integrated, and I felt that a basic moral principle was at stake’’.


‘’…As we landed, I wondered if it might be the last stop I would ever make. One of the plane’s four motors was spurting dark smoke. With sirens wailing, airport fire engines raised towards us. The combustion I was happy to see, subsided before we reached the terminal’’. 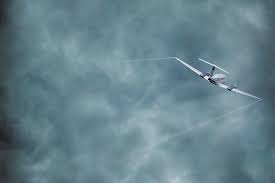 Vice President William R. Tolbert met us. A noted Baptist leader, he stopped at a small church on the fifty-mile drive into Monrovia. We had a brief prayer session there, sang a hymn, and recited the 23rd Psalm’’.

A Psalm of David.
​ ‘’ The Lord is my shepherd; I shall not want.
He maketh me to lie down in green pastures:
he leadeth me beside the still waters.
He restoreth my soul:
he leadeth me in the paths of righteousness for his name's sake.
Yea, though I walk through the valley of the shadow of death,
I will fear no evil: for thou art with me;
thy rod and thy staff they comfort me.
Thou preparest a table before me in the presence of mine enemies:
thou anointest my head with oil; my cup runneth over.
Surely goodness and mercy shall follow me all the days of my life:
and I will dwell in the house of the Lord for ever.’’

Liberia’s President, William V. S.  Tolbert, was also a professing Christian, a Methodist; so it was not too surprising that our Liberian visit was the first ever that was Government –sponsored rather than Church-sponsored. We were housed in the government’s official guest house, and we were received by the President in the gleaming –white executive mansion. He expressed the hope that his people’s soul would be refreshed through the ministry of our meetings.

Dr. Tolbert accompanied me everywhere, even presiding at our meetings in Monrovia’s Antoinette Tubman Stadium.
‘’I preached the final 2 nights of the Crusade, with many thousands in attendance, resulting in 1,000 inquirers. It was an encouraging start to our African journey.

President Tubman invested me, with while in the country, as a Grand Commander of the Humane Order of African Redemption, the nation’s second-highest honour. The title commander was misapplied, I was sure, but the words humane and redemption meant a great deal to me, in view of my pursuit of God’s calling for my life. I knew that Africa could move in any of several directions- Communist, Islamic, animistic, or Christian- and I was there to promote the last’’