Billy Graham Welcomed Into Israel Nervously By  An Official 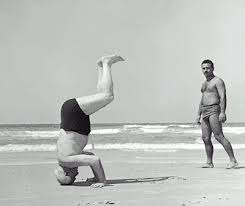 
'' Jesus and Paul were also respectful of civil authority. Neither of them force a confrontation with the  Roman Government on religious grounds, godless and decadent as it was, nor is that my calling as an evangelist.''

When we crossed over the Allenby Bridge separating Jordan and Israel, there were 200 reporters and photographers awaiting me. A deputy official from the Israeli foreign intercepted me, welcoming me nervously. He said that the Foreign Minister, Mrs. Golder Meir, wanted to see me immediately- before I talk to the press. I agreed, but I hated to leave the reporters more or less standing outside wondering what was happening as I was whisked away to her home. 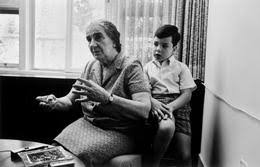 '' I found Mr. Meir to be one of the most knowledgeable and delightful people I have ever met'', Billy Graham

I found Mr. Meir to be one of the most knowledgeable and delightful people I have ever met. Hopeful (I suspect) that I would have a fuller understanding of their views before meeting with the press, she and her associates briefed me on the situation in Israel.
For all the goodwill, though, a great controversy arose over our planned use of an auditorium in Tel Aviv. The Jerusalem Post had asked, before our arrival, ’Why is Billy Graham coming here to proselytize’’. Concerned about it in the middle of the night at the king David Hotel in Jerusalem, I asked Grady to wake Roy up and bring him to my room. I was very worried about the press conference scheduled for the next day, and I wanted to get my ducks in a row. We discussed the auditorium controversy and prayed about it.

'' We discussed the auditorium controversy and prayed about it.'' Billy Graham praying  with Team

Just before our prior visit, cables addressing the auditorium issue had been exchanged between Prime Minister Ben-Gurion (who was in America to receive an honorary doctorate from Bandier University and to hold crucial conversations with the US State department) and the local officials who were dealing with our Team. I was not aware until later of all the stipulations that were being imposed by Israeli authorities on my planned preaching in Tel Aviv- for example, that Christian meetings must be held on property owned by a Christian group. Cliff and the sponsoring committee declined these stipulations but were able to arrange for the meeting to be held in an Arab Christian Church in nearby Haifa, much to everyone’s relief. The church normally seated about 600, but 1,200 crowded in and others listened over a loudspeaker in the garden. We also held a meeting in the YMCA auditorium in Jerusalem. and I had a cordial discussion with the chief rabbi of Jerusalem as well.

The next morning-still in Jerusalem-thirty minutes before the press conference, Cliff, Jerry, and I met with a representative of Israel’s State Department. We sat around a table, drinking tea. He was nervous about the possible embarrassment his country would suffer if I were to say, in an answer to a question, that I had been denied the use of the Tel Aviv Stadium. I assured him I did not take their refusal as a personal insult. 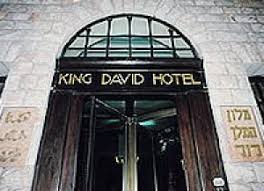 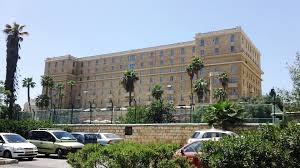 The press conference, which was held in the king David Hotel, was by far the largest of our entire trip. I told the reporters in attendance that I had an opening statement. In it, I gave four reasons why I had come to Israel:
·       First, to see, as every tourist did, the places that were sacred to Christians, Muslims and Jews.
·       Second, to report to the 50,000 Christians in Israel what was happening in the church in other parts of the world, since they had been praying for our meetings in Africa and elsewhere.
·       Third, to preach God’s Word to the whole world. This was just one more historic and strategic region I had wanted to visit in fulfilment of that Commission.
·       Fourth, to say thank you to the people of Israel. I told the gathered press,,’’I want to thank you for proselytizing me, a Gentile, who has committed his life to a Jew who was born in this country and reared up here in Nazareth. I want to thank you as one who has given my life to a Jew who, who as a man living upon this earth, claimed to be God. ’That, I said, was the message of hope we had been sharing around the world.

There was a fifth reason too, though I don’t think it at the press conference. I have always believed that the Jews were God’s special people, chosen to preserve the Hebrew Scriptures through the centuries and to prepare the way for the coming of Jesus.

When I finished my statement, there was a long silence among the reporters.
The headline I the next edition of the Jerusalem Post was something like ‘’BILLY GRAHAM THANKS ISRAEL FOR PROSELYTIZING HIM’’,
As for the meeting itself, I preached Christ as Saviour and Lord, but I also honoured the official request not to give a public Invitation for the Gospel. Instead, I concluded the sermons this way: ’We’re going to dismiss the meeting now. For those of you who want to talk privately about what it means to be a Christian, we’ll be back in ten minutes; and we’ll be happy to talk with you.’’
When the meetings turned from public to private in this way, the protocol was preserved. Several hundred were present at each after-meeting. Many of these took their stand for Christ then, in spite of what it might cost them personally, socially, and even economically.

Jesus and Paul were also respectful of civil authority. Neither of them force a confrontation with the  Roman Government on religious grounds, godless and decadent as it was, nor is that my calling as an evangelist.