All books don’t give life. Books that give life are a distillation of the abundance that holy writ deposit in a studious, meditative, prayerful and doing heart. Daddy GO is a man of books and a man of the book. His books are anointed, anointing, impactful and imparting.
As you read  these snippets from 62 of his books, bugging questions will be answered in a jiffy. This hour might bring an end to those issues that seem impossible in your life.

25.      What you must have for increase to manifest in your life

‘’When I told my people that certain presidents will come to the Redemption Camp, they laughed.
For divine increase to manifest in your life, you need to have a God-inspired vision.’’ The Secrets of Increase by Pastor E.A. Adeboye, page 43.

26.      One of the greatest destroyers of Christians and Ministers

‘’ For you to fly high, your brakes must be effective. Why?
Before a flight takes off, you must settle the issue of landing first. There is no parking space in the sky. It is either safe landing or crash landing.

One of the greatest destroyers of Christians and ministers is pride. That is why you need someone who will pull your brakes. 1 Timothy 1:19, talks about those who have made shipwreck of their faith; ‘Holding faith, and a good conscience; which some having put away concerning faith have made shipwreck;’

Most pastors are easy to handle when they have only a hundred members. Let them have ten thousand, and it is a different kettle of fish. Same for business men, career workers and so on. That is why you have to settle the issue of control before the increase comes. God said, ‘walk before me’, not ‘walk behind me’. It is so that He can keep His eyes on you.’’ The Secrets of Increase by Pastor E.A.Adeboye, page 46.

‘’The meaning of that word, minister, has changed so much in our time. When we hear the word minister or we are told that a minister is coming, everyone begins to tremble.

Meanwhile the word minister means slave or servant. He is the man who does the   dirty or humble jobs.  That is the disposition of the minister. That is what you are supposed to be. The congregation is the master. Paul said, ‘I am less than the least of the saints’.  In other words, somebody who just got born again was greater than him. Great though, he was, Apostle Paul had a submissive, servile disposition.’’. The Secrets of Increase by Pastor E.A. Adeboye, page48.

Galatians 6:9-10. ‘And let us not be weary in well doing: for in due season we shall reap, if we faint not. As we have therefore opportunity, let us do well unto all men, especially unto them who are of the household of faith’’. The Secrets of Increase by Pastor E.A. Adeboye, page 56.

Acts 6:1. ‘’And in those days, when the number of the disciples was multiplied, there arose a murmuring of the Grecians against the Hebrews, because their widows were neglected in the daily ministration.

There will be discontent and murmuring in the church or organisation. The bigger the church is, the higher the number of murmurers.  You cannot satisfy the world, no matter how good you are…Wherever, there is discontent and murmuring, death is not far. It is when people are in unity that God commands a blessing. So, wherever there is disunity, the devil will command a curse’’. The Secrets of Increase by Pastor E.A. Adeboye, page 60.

30.  Of lady white and church planting

‘’Every church you plant at one time or the other is going to rise up to defend you against forces of darkness. For example, I have a little dog called Lady White. It is hundred percent white. It loves me like extremely, and I also love that dog. When it came in, it was a very small dog. There were some big dogs in the camp and because it is so conspicuous, they hated it.

Whenever, I was going for a walk and it was coming along with me, they would all be grumbling. At times, I had to carry it to pass through some dangerous zones. Then, lady white began to produce, and it is very prolific. Once, I was in the USA and they phoned to tell me she had given birth. To know how much I love the dog, the news of her safe delivery must reach me in faraway America,

I asked, ‘’ how many?’’
They said, ‘’ nine’’.
Lady White began to produce; and now when Lady White is on a journey around the camp, all enemies go to hide because her children are there.  No matter how big you are, when those little sharp teeth begin to dig into you, you will be compelled to leave Lady White alone.

The one who fails to scatter will have no defender in the day of trouble. ‘’ The Secrets of Increase by Pastor E.A.Adeboye, page 63 to 64.

You are not a wimp; you are carrying the grace and power of God in you. You must discover & experience the fullness of this power. In other words, you need to actualize God’s plan for your life, which is to show forth His power & glory in the world’’. Carriers of His Power by Pastor E.A.Adeboye, Forward. 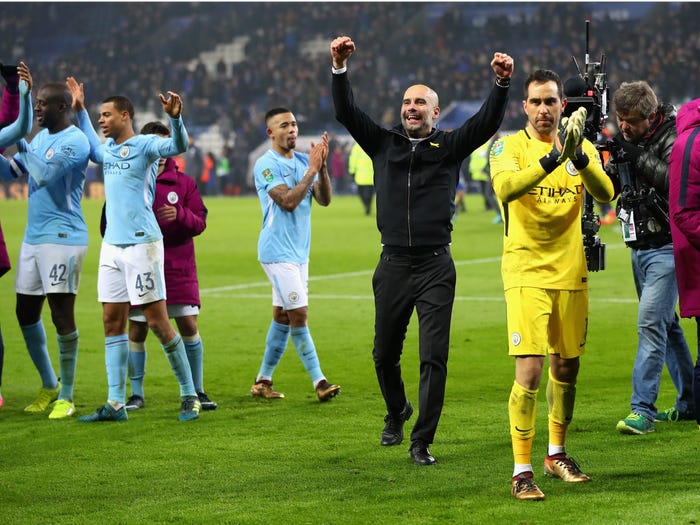 Pep Guardiola of Manchester City in the business of coaching

‘’ The world is searching for leaders, but those who pant for God’s power needs Coaches. The next set of emerging leaders need to find coaches who shall train & prepare them for the leadership task awaiting them.

There is a major difference between the leader and the Coach. The Leader is someone who shows you what to do & then merely advises you to do it, but the Coach compels you to do it. The leader goes front & calls you to follow him. The Coach holds your hand & compels you to move forward with him.’’. Carriers of His Power by Pastor E.A. Adeboye, page 8. 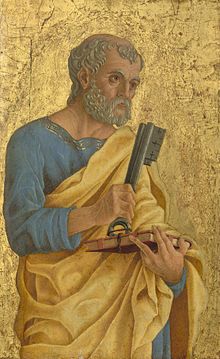 So if you want His power, you need obedience. Instant obedience. Obedience without question. You do not argue with the Almighty God’’. Carriers of His Power by Pastor E.A.Adeboye, page 22.

‘’If you want His power, you must be patient. For example, for six months I would sit before the Almighty God every night, crying unto Him:

It took six solid months before He spoke
‘’The power I have given you, what have you done with it?’’
I said, ’Lord if you have given me power, will I be asking for it?’’

‘’Have you been baptized in the Holy Spirit, son?’’

‘’But I have been praying for six months! You mean if I lay my hands on the sick, they will be healed?’’

‘’No doubt about that,’’ the Lord assured me.

I became excited, and awaited the next sick fellow. Don’t forget that this happened at night. The following morning as I woke up, there was a sick fellow waiting in my living room. One child has been unable to sleep for two weeks. The doctors had lost hope. They told the parents to take the child home, evidently to go and die. Then a member of the church said, ’Bring the child to my pastor. He will pray for the child & the child will be healed’’.

And so they brought the child. I was totally unprepared for this. When I said I will lay hands on the sick & they would be healed the last night, I was thinking of someone with a headache, not someone about to die. I started trembling, but the Lord said to me.

‘’But you said…next sick fellow’’.

There was no place to hide. The fellow was there, the baby was there, & infact, while I was still trembling the mother had handed the baby over to me. I closed my eyes & started praying. Suddenly, the child went limp & I thought, ‘’Ha! The child is dead!’’ To my surprise, the child who had not slept for two weeks had fallen fast asleep. That was the end of the problem.

Don’t forget, you have to spend quality time in His Presence. Stop spending idle time chatting with people. Hide yourself somewhere & spend time with the Lord’’. Carriers of His Power by Pastor E.A. Adeboye, page 24 to 25.

35.  What God does to His wounded heroes

‘’…Elijah ran. In his despondency, he asked God for death, but instead of death, God gave him a new start. God restored him.

God does not bury his wounded; He heals them instead. It is we human beings who rejoice when we see a great man of God fall. Instead, God will restore the fallen saint. God fed him, not once but twice’’. Carriers of His Power by Pastor E.A. Adeboye, page 40.

36.  One of the reasons for the outpouring of power

‘’David…was ordained to be king but he became a gang leader. Why? The Almighty God wanted to find out how he would relate with the dregs of the society. One of the reasons for the outpouring of the power is to help the lowly in the society’’. Carriers of His Power by Pastor E.A. Adeboye, page 46.

37.  Since the carrier of power cannot transfer it

Your comments are welcome