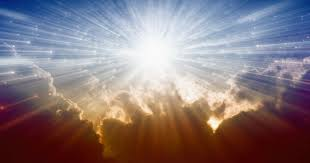 As an adventurous youth I was caught by the story of the Frankenstein Monster. Why?

Humanity has always aimed at duplicating creation with the attempt to beat it. ''Frankenstein's monster or Frankenstein's creature, often referred to as simply "Frankenstein", is a fictional character who first appeared in Mary Shelley's 1818 novel Frankenstein; or, The Modern Prometheus. Shelley's title thus compares the monster's creator, Victor Frankenstein, to the mythological character Prometheus, who fashioned humans out of clay and gave them fire. Instead of fire, we now load AI and Robots  with data as our new power house! But...

In Shelley's Gothic story, Victor Frankenstein builds the creature in his laboratory through an ambiguous method consisting of chemistry and alchemy. Shelley describes the monster as 8 feet (240 cm) tall and terribly hideous, but emotional. The monster attempts to fit into human society but is shunned, which leads him to seek revenge against Frankenstein. According to the scholar Joseph Carroll, the monster occupies "a border territory between the characteristics that typically define protagonists and antagonists".

Covid19 seems  to be at the intro of a peculiar and similar script.

In 1982, Edward Mcnall  Burns, Philip Lee Ralp, Robert E.Lerner and Standish Meacham wrote in the sixth Edition of their Book, World Civilization, ''...  though science and Technology was perceived as cause and cure of the world's problems, the magnitude of the world's problems has encouraged doubt and pessimism among some of its most creative thinkers. Yet the majority of those charged with the responsibility of finding solutions to the problems - primarily politicians and civil servants - remain cautiously optimistic. For solutions they have continued to turn, paradoxically, to those agencies responsible, in many cases, for the creation of the problems: science and technology. Scientists and technicians invented and perfected the internal combustion engine and the chemical DDT. Now other scientists and technicians are seeing ways to combat their deleterious effects. Scientific research has been  responsible for the medical advances which have helped to produce worldwide population increase.

'' No one can argue, of course, that the research should not have taken place, or that the continuing battle against disease is not one of world humanity's most worthwhile engagements. Most agree, however, that science must move as quickly as possible to come up with a safe and simple method of controlling birth, as it continues to fight to prolong life.

The COVID19 has not been devoid of similar controversy but rather seemed to have mutated to  greater sophistry.

Assertions, counter assertions, denials and counter denials are common place. And that these babel of incoherences come from the hallowed sanctums  of scientists call for a rethink.

A claim widely shared on social media states a Japanese Nobel laureate allegedly said the new coronavirus is not natural and that China manufactured it. The different posts with the claim have been shared over 10,000 times as of May 1, 2020. According to Crowdtangle it has been posted in at least 400 Facebook groups and pages.

The claim is referring to Kyoto University professor Tasuku Honjo, who won the 2018 Nobel Prize for Physiology or Medicine. Honjo was recognized with American researcher James Allison for their game-changing discoveries about how to harness and manipulate the immune system to fight cancer.

The post, which is also shared in multiple languages including Portuguese , Italian , French and Spanish , quotes Tasuko Honjo as allegedly saying: 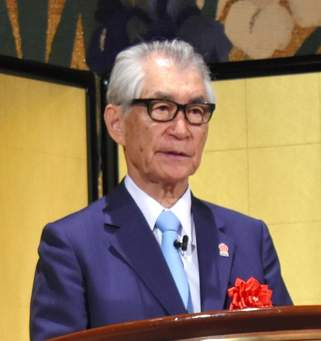 “If it is natural, it wouldn’t have adversely affected the entire world like this. Because, as per nature, temperature is different in different countries […] I have done 40 years of research on animals and viruses. It is not natural. It is manufactured and the virus is completely artificial. I have worked for 4 years in the Wuhan laboratory in China. I am fully acquainted with all the staff of that laboratory. I have been phoning them all, after the Coronavirus surfaced. But all their phones are dead for the last 3 months. It is now understood that all these lab technicians have died. […] Based on all my knowledge and research till date, I can say this with 100% confidence - That the Coronavirus is not natural. It did not come from bats. China manufactured it. If what I am saying today is proved false now or even after my death, the government can withdraw my Nobel Prize. China is lying and this truth will one day be revealed to everyone.”

Professor Tasuko Honjo has refuted the alleged quote, describing the claim as “false accusations and misinformation”. His statement, published by Kyoto University on April 27, 2020, is visible here .

“In the wake of the pain, economic loss, and unprecedented global suffering caused by the COVID-19 pandemic, I am greatly saddened that my name and that of Kyoto University have been used to spread false accusations and misinformation,” Honjo said.

Reuters found no evidence of any similar statement made by professor Honjo amidst the coronavirus outbreak. On April 10, 2020, the Japanese media outlet Nikkei Asian Review published an interview in which Honjo said coronavirus “originated” in China, but he did not state it had been manufactured.

The claim also misleadingly says Honjo worked in a “Wuhan laboratory in China”. According to his professional trajectory visible here , he has only worked in Japan and the United States. Since 1984, Honjo has been working at Kyoto University as a professor and currently as Deputy Director-General at the Institute for Advanced Study.

Though, Tasuku Honjo said he is  greatly saddened that his  name and that of Kyoto University have been used to spread false accusations and misinformation, this could have been avoided if he presented a documented speech during the said interview.

It is clear that scientific man has consistently tried to invent or create stuff to strengthen or empower man, the solution to this superman was accomplished in the founding of church in Jerusalem in AD 30. The news is all that is required to be someone that these new and coming diseases and circumstances can not consume is knowledge. This knowledge is the subject our next post.

To me, though I am the very least of all the saints, this grace was given, to preach to the Gentiles the unsearchable riches of Christ, and to bring to light for everyone what is the plan of the mystery hidden for ages in God, who created all things, so that through the church the manifold wisdom of God might now be made known to the rulers and authorities in the heavenly places. This was according to the eternal purpose that he has realized in Christ Jesus our Lord, in whom we have boldness and access with confidence through our faith in him''.