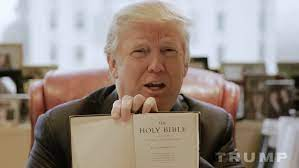 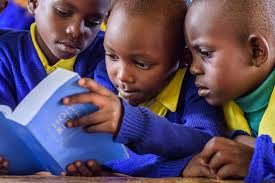 '' This book of the law shall not depart out of thy mouth; but thou shalt meditate therein day and night, that thou mayest observe to do according to all that is written therein: for then thou shalt make thy way prosperous, and then thou shalt have good success''. Joshua 1:8

'' Study to shew thyself approved unto God, a workman that needeth not to be ashamed, rightly dividing the word of truth.'' 2 Timothy 2:15 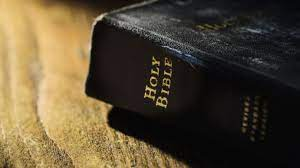 Bishop David Oyedepo whose 50,000 capacity Faith Tabernacle was  the biggest Church Building in the world until 2019 when that capacity was suppassed by one of his spiritual sons Dr. Paul Enenche's 100,000 Dominion Dome is known to often say, that a student who fails an examination did not do so because he/she did not know the subject. He failed because he did not know the subject enough to make the passing grade. This could apply to life too. Understanding is critical to success.

The aim of a translator is a fundamental access to understanding. And you can not benefit from what you do not understand. Whether your aim for reading the Bible ranges from accuracy, to modern language,easy to read or understanding,traditional Jewish expression and even 'gender neutral', the choice of the Bible version you have matters.

This story provides answers to these questions. We believe that this will definitely bless you more than a thousand times because understanding, especially spiritual understanding is a door to success. 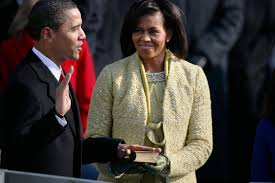 More than 60 English-language versions of the Bible are available today. We can divide them into three broad types:

Usually the introductory pages of a Bible will explain which of these approaches was used in its preparation.

"Why in all things it behooved him to be made like to his brothers, that he might be a merciful and faithful high priest in things pertaining to God, to make reconciliation for the sins of the people. For in that he himself has suffered being tempted, he is able to succor them that are tempted"...

“For this reason he had to be made like his brothers in every way, in order that he might become a merciful and faithful high priest in service to God, and that he might make atonement for the sins of the people. Because he himself suffered when he was tempted, he is able to help those who are being tempted.”

Meaning-to-meaning versions use more up-to-date language and they are easier to understand. But remember, they are not the best choice for establishing doctrine or teaching because at times they involve more interpretation, which may differ from what the original writers intended to say.

3.  Paraphrased Bibles, such as The Living Bible or The Message Bible, also can be useful. Their goal is to make the Bible even easier to read in modern language. However, be very cautious in working with these kind of translations. Often the authors exercised considerable “poetic license” in interpreting biblical terms and passages according to their own personal religious ideas.

Paraphrased versions can be consulted to better grasp the story flow but should not be relied on exclusively to establish doctrine. Consider them inadequate sources for accurately determining the meaning of any text. I like to use this type of translation for passages in the Old Testament, like the books of Isaiah or the Kings or Chronicles in order to gain better understanding of the story and the characters.

Below is a listing of some Bible versions according to their type of translation.

The Holy Bible in Modern English

Meaning-to-meaning: (Remains close to original but with more modern language)

The Bible, A New Translation(Moffat)

The King James Version is still one of the most popular versions of the Bible having been the standard Bible of the English speaking world for around 300 years since it was first published in 1611. It is a word for word translation that aimed to be as close a translation as possible of the original books of the Bible.

With the discovery of earlier and better manuscript evidence the time had come for updated versions of the English Bible.

Several dozen British and American scholars for over a decade worked on new translation with significant changes from the King James Version. In the Old Testament corrections were made to mistranslations of Hebrew words and in the New Testament a great many changes were made based on better textual evidence. The English Revised Version included British spelling and figures of speech which made it not so popular in the United States.

One of the first modern language Bible translations.

The Revised Standard Version is a revision of the American Standard Version. It was the first translation that aimed to take advantage of the discovery in 1947 of the Dead Sea Scrolls.

The Amplified Bible uses the American Standard Version as a base and includes extra words to communicate insights from the original text.

A translation by Catholic scholars based in Jerusalem.

The New English Bible was a translation that was by a team of English scholars. It was a free translation communicating the sense of meaning rather than a “word-for-word” meaning. In doing so it was easier to read but sacrificed accuracy in the process.

The Living Bible is a paraphrase translation by Kenneth Taylor who translated the Bible into modern language with the intent that even a child could understand its message.

The Good News Bible was another free translation using modern English aimed at being easy to read.

The New International Version was not a revision of any previous translation but a new translation done by an international group of over 100 scholars. They sought to create a version midway between a literal word for word translation and a free paraphrase translation.

Thomas Nelson Publishers assembled 119 scholars to work on a revision of the King James Version that replaced archaic English words and phrases with the modern equivalent of those words. It retains much of the accuracy of the King James while being easier to read.

A "gender neutral” revision of the Revised Standard Version

A free translation that aims to read with natural, uncomplicated English.

Like the New International Version it is a translation that tries to maintain a balance between being a word for word translation and paraphrase translation.

If you are blessed  by this education please share