What is The Significance of Jesus Christ's Resurrection? 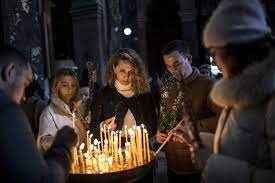 A Family of 5 Ukrainians  Celebrate Easter as War Rages. nbcnews.com

When the purpose of a thing is not known abuse is inevitable,says the late Dr. Myles Munroe. Today across the globe, the annual celebration of Easter, otherwise known as the resurrection has assumed two dimensions; one secular and the other spiritual.

''April is about Easter celebrations and dodgy weather in temperate climes. And while Easter is about celebrating with those closest to us, it is also a promotional season. Bargains bring a sense of happiness and fulfillment that goes well with the celebrations.''Easter is different for every country, for the western holiday, Easter means egg hunts, chocolates, bunnies, and huge sale. In other parts, it is about  activities like musical concerts, sermons, visit to beaches, families and friends. A poster announcing 7 days to the event in Lagos, South-West Nigeria

Easter is a public holiday celebrated by Christians as a joyous holiday because it represents the fulfillment of the prophecies of the Old Testament and the revelation of God's salvation  plan for all of humankind. In commemorating the Resurrection of Jesus, Easter also celebrates the defeat of death and the hope of salvation. 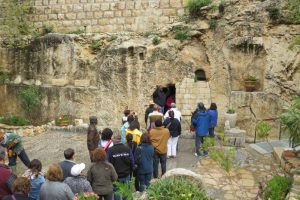 '' The Garden Tomb is a site of Christian worship and witness located in the heart of historic Jerusalem, just outside the Old City walls. Within this peaceful and contemplative garden there are several antiquities of interest, including an ancient Jewish tomb which many believe is the site of Jesus of Nazareth’s burial and resurrection''.The Garden Tomb

Easter is the foundational and the most important and oldest festival of the Christian Church which, takes place (in the Western Church) between 21 March and 25 April, on the first Sunday after the first full moon following the northern spring equinox.

This resurrection of Jesus (Biblical Greek: ανάσταση του Ιησού) is the Christian belief that God raised Jesus on the third day  after his crucifixion, starting – or restoring  his exalted life as Christ and Lord.  According to the New Testament writings he was firstborn from the dead, ushering in the Kingdom of God.

But what is the significance, importance or consequences of the resurrection of Jesus Christ?

Resurrection is the rebirth, return, return from the dead, revival and come back. It is the resuscitation of a dead body. Revive from unconsciousness or apparent dead. It is based on Latin resuscitatus ‘raised again’.

Jesus Christ experienced these conditions and processes in his death,burial and resurrection.These are shown historically  from the spring of A.D.30 to the resurrection through to the ascension on Mount Olives. 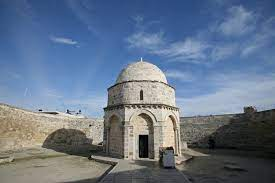 The period mentioned above marks the final  weeks  of Jesus’ works  at Jerusalem in 23  major events that bear testimonial evidences  to his death, burial and resurrection. The authenticity of this background is required to understand the spiritual and practical implications of the resurrection.

1. The Sadducees who did not believe in the resurrection of the dead question the resurrection  of Jesus before it happened. These were mostly judges and members of the governing elites.According to the Smith’s Bible Dictionary, ‘’An important fact in the history of the Sadducees is their rapid disappearance from history after the first century…’’. I believe the evidence of the resurrection was enough factor to the occurrence.  (Exodus 3:6)In Matthew 22:23-33, Mark 12:8-27 and Luke 20:27-4

10. Women; Mary Magdalene and Mary [the mother of Joses] were [attentively] observing where He was laid. Mark 15:47

16. The guards  report the resurrection. Matthew 28:11-15.’While they were on their way, some of the [Roman] guards went into the city and reported to the chief priests everything that had happened. 12 And when the chief priests had gathered with the elders and had consulted together [to develop a plan of deception], they gave a sufficient sum of money [as a bribe] to the soldiers, 13 and said, “You say this, ‘His disciples came at night and stole Him while we were sleeping.’ 14 And if the governor (Pilate) hears about it, we will calm him down and keep you out of trouble.” 15 So they took the money [they were paid for lying] and did as they were instructed; and this [fabricated] story was widely spread among the Jews, and is to the present day.’’

Jesus appears to the disciples with Thomas

20. During the 40 days until ascension

the Resurrection of Jesus

8  Significant facts  of the Resurrection of Jesus Christ.

1. It declares His deity

''...and who through the Spirit of holiness was appointed the Son of God in power[a] by his resurrection from the dead: Jesus Christ our Lord.'' Romance 1:4

2. It declares His Lordship

''If you declare with your mouth, “Jesus is Lord,” and believe in your heart that God raised him from the dead, you will be saved.'' Romance 10:9

''He was delivered over to death for our sins and was raised to life for our justification.''Romance 4:25

''And if Christ has not been raised, your faith is futile; you are still in your sins.'' 1 Corinthians 15:17

''If you declare with your mouth, “Jesus is Lord,” and believe in your heart that God raised him from the dead, you will be saved.''Romance 10:9

''and this water symbolizes baptism that now saves you also—not the removal of dirt from the body but the pledge of a clear conscience toward God.[e] It saves you by the resurrection of Jesus Christ,'' 1 Peter 3:21

6. It gives us living Hope

''Then those also who have fallen asleep in Christ are lost. 19 If only for this life we have hope in Christ, we are of all people most to be pitied.'' 1 Corinthians 15: 18-19

'Praise to God for a Living Hope

3 Praise be to the God and Father of our Lord Jesus Christ! In his great mercy he has given us new birth into a living hope through the resurrection of Jesus Christ from the dead, '' 1 Peter 1:3

7. It gives us victory over dearth

''For we know that since Christ was raised from the dead, he cannot die again; death no longer has mastery over him. 10 The death he died, he died to sin once for all; but the life he lives, he lives to God.

'' But thanks be to God! He gives us the victory through our Lord Jesus Christ.'' 1 Corinthians 15:57

It guarantees Our Resurrection

''0 But Christ has indeed been raised from the dead, the first fruits of those who have fallen asleep. 21 For since death came through a man, the resurrection of the dead comes also through a man. 22 For as in Adam all die, so in Christ all will be made alive. 23 But each in turn: Christ, the first fruits; then, when he comes, those who belong to him.''1 Corinthians 15:20,23

'' I want to know Christ—yes, to know the power of his resurrection and participation in his sufferings, becoming like him in his death, 11 and so, somehow, attaining to the resurrection from the dead.'' Philippians 3:10,11

8. It guarantees the coming judgement

'' For he has set a day when he will judge the world with justice by the man he has appointed. He has given proof of this to everyone by raising him from the dead.” Acts 17:31

Next Post: What the resurrection of Jesus Christ means to the Believer