HOW YOU CAN WIN IN PHYSICAL WAR -1. 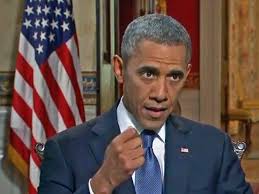 President Barak Obama of the United States of America.

September 9/11 redefined the meaning of war.

As I write this piece  by electricity power  I am generating with my private electricity generating  set, an anonymous statement on my work desk seeking for attention says;

“Some people think of God as
A safety net- a way out of
Trouble when all else fails-
But they wouldn’t get
Themselves into such serious
Trouble if they would just hold
On to Him in the first place.”

This piece has been greatly inspired from the audience that has been reading this blog. Majority  of  them  from countries currently experiencing war especially from the Ukraine.  As this blog upholds, there is nothing or situation that God’s word cannot fix.
Our task is to believe,  for in our belief lies the unseen power for the realization of our belief.

Furthermore, I  connect with those in physical war situations as I had such for a very brief period during the Nigerian –Biafra war. Brief as it was I am yet to overcome the horrendous experience. 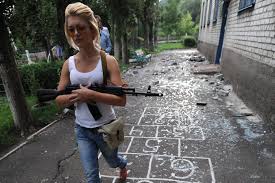 As a child we lived in splendor. Magnificent   edifice with spacious green grass for carpet and  evergreen decorative bush hedges. The war was in the air waves [radio] and the pages of newspaper until the Nigerian soldiers arrived through a sea port. The retreating Biafran  soldiers started  killing those they perceived as the Nigerian supporters. Our father who was a big short had to escape for his dear life. His bossom friend and an in-law was not that lucky. He was arrested and   taken to a road side and short at point blank. Dead. He died.
His wives and many children have had to brace-up to live without a father and husband.
After   our father’s escape, with our mother leading the way   we tip-toed, closed our mouths and flew out of town on our tiny growing legs and landed in a mangrove  forest. We landed in dark black smelling waters  and in sinking black mud. As we walk in the far unknown and  uncharted forest, we were sinking every inch on the way  until we got stuck in the wet black mud   and could  go no further.
We became co-inhabitants with the legitimate inhabitants-gobies, mud fish and crocodiles.
Kenyatta of Kenya

From Kenya  to Nigeria,  Sudan    to Libya and Egypt. From   Afghanistan to Iraq and Syria to Ukraine. War everywhere.  Call  it  internal crises, terror, insurgence etc., it does not matter.
“War is armed hostilities between especially nations; conflict”, the” Illustrated Oxford Dictionary  defines”, it.

“And if the war bugle gives an uncertain (indistinct) call,

What Is A Holy War In The Christian Context?

Pope Francis...Can We Stop The Wars For Their Sake?


The experience of the Israelites in Bible history shows that when they were   loyal in their  covenant relationship with God, their   enemies became   God’s enemies. War in their view was an endeavor   in “which the cosmic forces [Judges 5:20],the chariots of heaven[2 Kings 6:17], and the Lord Himself fought in their her behalf[2 Chronicles 20:17].
The   call to “prepare war” [Jeremiah 6;4; Joel 3:9] literally meant “sanctify” war, declare holy war[Micah 3:9]. The military camp was kept ceremonially pure [Deuteronomy 23:9-14]. The soldiers consecrated themselves to the Lord [Isaiah 13:3] in this service, abstained from sexual intercourse, and were looked upon as holy “vessels” during the campaign[1 Samuel 21:4-5].

Holy war was conducted with the full encouragement of the priest [Deuteronomy 20:2]. This way guidance was obtained. [ 1 Samuel 28:6;30:7; 2 Samuel 5:19,23].
While the ceremonies may not be necessary in the context of the New Testament, the call to holiness and righteousness is still valid. Without these   relational needs  no one can  see or hear from God.

“And I saw three evil spirits disguised as frogs leap from the mouth of the Dragon,
the Creature, and his False Prophet.
These miracle-working demons conferred with all the rulers of the world to gather them for battle against the Lord on that great coming Judgment Day of God Almighty”.[Revelation 16:13,14LB]

It is not important whether this passage refers to times in the future. What is important is that evil is threatening humanity- an indication that we arrived  in the end times.
“These seven last plagues in the Book of Revelation indicate that “great disasters of human history are warnings of the final total calamities which will overtake those who refuse to listen”.
Remember the plagues in Egypt?
The Israelites were exempted because they made up their minds to serve God. They listened.
In  these major crises across the world, the   denominator is that these aggressors   want to establish their own state. How historic is this?
History of wars shows that city-States arose and expanded in most instances through the use of force.