Xenophobia: South Africa Call for Rally for Solidarity with Foreigners 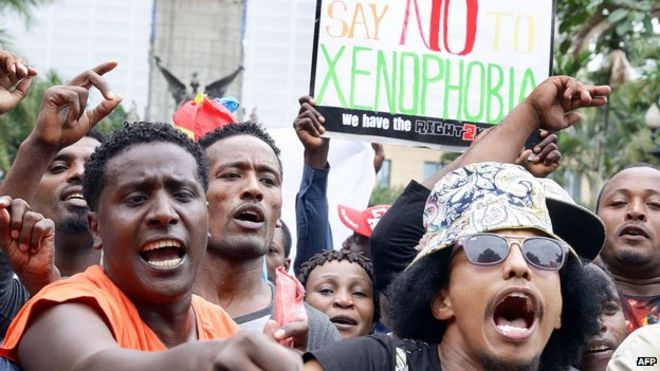 Previous anti-xenophobia marches have not ended the violence
BBC, Africa

South Africa is set to hold a huge protest march against xenophobia in the coastal city of Durban following a wave of attacks on foreigners.
Organisers said about 10,000 people were expected, in the city's biggest show of solidarity with foreigners.
At least five people have been killed and foreign-owned shops looted in attacks since last week.
The influential Zulu king has been accused of fuelling the violence - charges he denies.
Locals accuse foreigners of taking their jobs in a country where the official unemployment rate is 24%.
Tens of thousands of foreigners, mostly from other African states and Asia, have moved to South Africa since white-minority rule ended in 1994.
At least 62 people died in xenophobic attacks that swept South Africa in 2008.

Posted by Ambassador T. Brikins
at 3:03 AM