The doubt about why the Western Delta University (WDU) was set up has been laid to rest. It was thrown up by the challenges in the Niger Delta which originated from the presence of exploitable natural resources located in the core states of Bayelsa, Delta and Rivers where the River Niger drained into the Atlantic Ocean.


The mother hen – the former Governor of Delta State, Chief James Onanefe Ibori and her children – the Urhobo Advancement Foundation, UAF, that registered the group as a non-profitable organization in 2005 with the Corporate Affairs Commission (CAC), in a bid to establish the institution can now rejoice that the University has started relieving the pains of oil exploration on its immediate host communities. 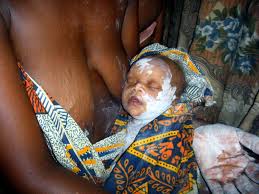 The brains behind the existence of the institution designed its vision to interrogate and address the sustainability of their natural resources, their economy, socio-cultural lives, politics, human security, such as, lakes, inland waters, wetlands, minerals and biological diversities like fishes, birds, animals, mangrove forests and other resources like hydrocarbons, and the underdevelopment of the region. 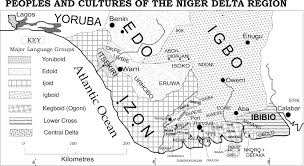 They must have realized that education remains the only passport to the future of the region. Expectantly, the objective of the founding fathers was to establish a wide range of relevant academic disciplines to encourage serious academic pursuit in the region.
The New Telegragh gathered that in 2002, three years into the first tenure of Ibori as governor of Delta State, a group of Urhobo academics and investors in the knowledge industry, who took advantage of the liberalisation of the Nigerian higher education sector, conceived the university to train target groups, including youths, women, investors, the military and related agencies on the legal regimes of the waterways, security of forest resources, oil and gas and wetlands, among others in order to mitigate unhealthy agitations, kidnapping, vandalism of the flow lines and promote peace, security in the Delta region, to reduce the brunt of the activities of Pan Ocean Oil Company / Nigeria National Petroleum Corporation (NNPC) Joint Venture in Ogharefe under the Ethiope West Local Government Area of Delta State, on the region.
To realize the dream, the founding fathers established a body known as the Urhobo Advancement Foundation (UAF) to drive a first-rate university to under focused researches on the peculiar biodiversity and socioeconomic resources of the Niger Delta.
After a fruitful deliberation on the university project, the name, Western Delta University, which reflects the vision, came to being, with Mr. Dere Otubu, an industrialist and insurance broker, as its promoter, the UAF as the proprietor, even as the commencement of the Institute of Delta Studies (IDS) was formally approved on September 26, 2013 by the Governing Council.
Designed to conduct multidisciplinary research of the highest order on all aspects of environmental studies in 2004, the Academic Planning Committee, later the Project Implementation Committee (PIC), headed by Prof. David T. Okpako of the University of Ibadan and a Fellow of the Academy of Science, perfected the academic brief that was submitted to the National Universities Commission (NUC).
After all outstanding legal documents were considered accurate by SCOPU and the Federal Executive Council, an approval was given on May 17, 2007, for the institution to take-off as a private university in Oghara, Ethiope West Local Government Area of Delta State.
“From that moment, the aspiration of the university to become a premier institution where the best and brightest in scholarship, economy, ideology, moral, intellectual and in science and technology will have ample opportunity to excel, became the first institutional commitment to the pursuit of excellence in all areas of academic learning”, said the Vice Chancellor of the institution, Prof. Austin Origue Asagba.
The VC on Tuesday, November 3, 2015, made bold to say that “the University has fostered a community of scholars and students who are committed to the pursuit of research and professional practice for the advancement of society, uphold the highest ideals of public service, patriotism and philanthropy.”
In the University’s bid to promote effective teaching, close interaction and supervision, the institution, according to the VC, has crawled for relevance in the last eight years, and presently have a student-staff ratio of 1,500 in the two Colleges of Applied and Natural Sciences and Management and Social Sciences.
According to Prof. Asagba, the institution has now positioned itself, in the comity of Universities, to expand in terms of population, structural development and nurturing strategies, at least, going by the recent full licence granted it by NUC to operate the Colleges of Human-ity and Law.
“While eight years is short time to compete favourably with other existing universities, I want to tell you that we are now ready financially, with our strong relationship with some universities across the world, in UK and others, we are positive that our founding fathers are ready to push us where we rightly belong. So, in general terms, we are working towards being the best in the world.
During our first convocation ceremony, the Delta State Government gave scholarship to two of our graduands for their outstanding performance in the areas of studies to further their studies abroad. The institutional synergy, founded on moral ground and devoid of cultism, which we have adopted will in the next few years take where we belong globally”, the VC maintained.
The VC, flanked by the institution’s Registrar, G.O. Egbri, who said within the years under review, the institution has on its stable the following publications: The International Journal of Delta Studies (IJDS), the IDS Monograph Series, the IDS Occasional Paper and the IDS Policy Brief, added that the institution would fail to undertake the investigation of the increasing pollution of the wetlands, arising from the oil companies’ manner of operations, resulting mostly in ruptured flow-lines, blowouts, dumping of untreated drilling and production of toxic wastes and gas flaring, and the dearth of the biological diversity of the region as evident in the worsening trend of endangered species of fauna such as sea lions, elephants and birds, the disappearing mangrove forest and the implications of all this for the development of the Deltaic communities in Nigeria.
According to the VC, since both the Master Plan that was coordinated by Gerik Associates based in Benin City, Edo State, and the Environmental Impact Assessment (EIA) survey of the team, headed by Prof. Andrew Onokerhoraye, a former Vice-Chancellor of the University of Benin, headed the team that produced, have been certified, “nothing stops the institution from beating the best records of Universities across the world in few years to come.”


Today, the university has started moving to the permanent site. The management of the University has commenced the first phase of movement to the permanent site of the University situated along Benin-Sapele-Warri Expressway, and has promised a non-stop captivity of the land until they eventually claim it by March next year, when according to Prof. Asagba, “Our benefactor” (Ibori, who is currently serving jail term in London over money laundering charges) “would have arrived.” 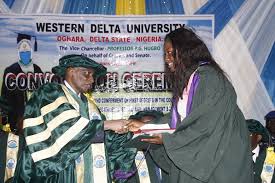 Posted by Ambassador T. Brikins
at 2:27 AM