President Trump says, ''It's the right thing to do''.


Lawyers at the State Department are looking into the legality of accepting private donations to cover some or all of the embassy costs, the officials said. The discussions are occurring as the administration plans a ribbon-cutting for a scaled-down, temporary embassy that will open in May — more than a year ahead of schedule.

In one possible scenario, the administration would solicit contributions not only from Adelson but potentially from other donors in the evangelical Christian and American Jewish communities, too. One official said Adelson, a Las Vegas casino magnate and staunch Israel supporter, had offered to pay the difference between the total cost — expected to run into the hundreds of millions of dollars — and what the administration is able to raise.

Under any circumstance, letting private citizens cover the costs of an official government building would mark a significant departure from historical practice. In the Jerusalem case, it would add yet another layer of controversy to Trump's politically charged decision to move the embassy, given Adelson's longstanding affiliation with right-wing Israeli politics.

The move of the embassy from Tel Aviv to the disputed holy city cleared a final bureaucratic hurdle this week when Secretary of State Rex Tillerson signed off on the security plan. In a letter sent to Congress, the State Department said the interim facility's inauguration will coincide with the 70th anniversary of Israel's independence on May 14.

"It's the right thing to do," Trump said Friday of the embassy relocation.

Adelson's unconventional offer, made around the time Trump announced in December that the embassy would move, would address the president's stated distaste for shelling out eye-popping sums for overseas diplomatic facilities. Although Trump has promoted the Jerusalem move as fulfilling a key campaign promise, he also was outspoken last month in blasting the $1 billion price tag for a new embassy in London.

How quickly to move the embassy has been a source of intense debate within Trump's administration, said the officials, who weren't authorized to discuss the issue publicly and demanded anonymity.

Tillerson, who opposed moving the embassy in the first place, advocated a go-slow approach and said it could take years. But Ambassador David Friedman, who lobbied Trump to recognize Jerusalem as Israel's capital, has pushed to move it sooner.

To enable a May opening, the administration settled on a phased approach to building out the embassy at an existing U.S. facility in Jerusalem's Arnona neighborhood that currently handles consular affairs like passports and visas.

Initially, the U.S. will merely retrofit a small suite of offices there to accommodate Friedman and one or two top aides. The rest of the staff will remain at first in America's current facility in Tel Aviv.

The Arnona facility will be expanded to accommodate a regular contingent of embassy personnel by the end of 2019, and ultimately is likely to spill into an adjacent U.S.-controlled property that currently houses a home for senior citizens, officials said. The State Department said a separate search was starting "in parallel" to eventually plan and build a permanent embassy.

Israel's government hailed the impending move, with Prime Minister Benjamin Netanyahu saying on Twitter that it would turn Israel's anniversary "into an even greater national celebration." But Palestinian chief negotiator Saeb Erekat said the move showed Trump was determined to destroy prospects for a two-state solution and "provoke the feelings of the Palestinian people."

Retrofitting just a few offices can be accomplished at minimal cost. But expanding to allow the bulk of America's diplomatic staff in Israel to work out of Jerusalem would easily cost more than $500 million dollars, officials familiar with the process said. Particularly pricey are the strict security requirements for embassies that are written into U.S. law.

It's unclear how much of the cost Adelson might be willing to cover.

The State Department said it had "nothing to announce" and "no confirmation or details about this hypothetical proposal." Undersecretary of State Steve Goldstein added that there had been no "formal talks" with private citizens about funding.

It's not clear if there is any precedent, nor whether government lawyers would give the green light to accept Adelson's or anyone else's donations.

Kathy Bethany, the former cost management director for the State Department's Bureau of Overseas Building Operations, said she couldn't recall the U.S. government ever accepting donations to build embassies during her tenure, which ended in 2014.

"I don't know how well that would work," Bethany said. "Would we be beholden to putting their name on the building? I've never heard of that."

There are several ways, in theory, that it could work. Citizens could cut a general check to the U.S. Treasury and unofficially "earmark" their dollars as being intended to offset the embassy's cost. The State Department's Foreign Affairs Manual also lays out a formal process for accepting gifts, including real estate, requiring a rigorous review to ensure the gift "would not give the appearance of a conflict of interest."

Adelson, who donated $5 million to Trump's inaugural committee, is one of the Republican Party's biggest donors and a major Netanyahu supporter. Adelson also finances Israel Hayom, a pro-Netanyahu newspaper that is distributed free throughout Israel.

Allowing donations from Adelson or others would come with significant political risk for Trump. The president already faces major criticism from Palestinians and others who say his decision to move the embassy to Jerusalem — also claimed by the Palestinians for the capital of their future state — tipped the scales unfairly in Israel's favor.

Mort Klein, president of the pro-Israel group Zionist Organization of America and a close associate of Adelson, said accepting donations would be ill-advised. Klein said he knew Adelson was "deeply interested" in seeing the embassy relocate to Jerusalem but didn't know whether the casino mogul had offered to help pay for it himself.

"This is a government project. It's a government-run embassy," Klein said. "I don't want people to be able to say it was Jewish money." 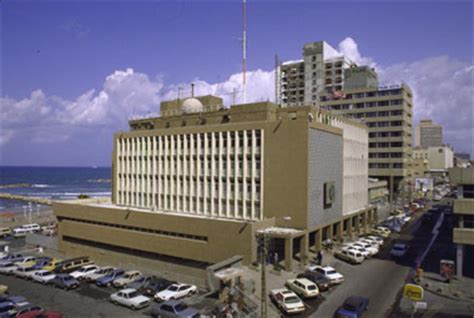 Associated Press writers Ian Deitch in Jerusalem and Darlene Superville in Washington contributed to this report.