Danjuma and the Ominous Times 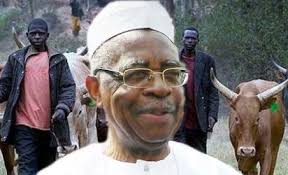 
The “defend yourselves or you will all die” statement over the weekend by the top former chief of army staff, General T. Y. Danjuma (retd), is instructive and should not be brushed aside.

Coming from no other person than the highly rated former army chief, the statement should be closely analysed by the Buhari administration to extract the kernel in it.
According to reports, Gen. Danjuma made his statement at the maiden convocation of the Taraba State University, Jalingo, where he was awarded an honorary doctorate degree in science.