Kaduna: The Push To The Sea

'' As I spoke, I knew I had gained far more from them and their dedication to Christ than I could ever give them''. 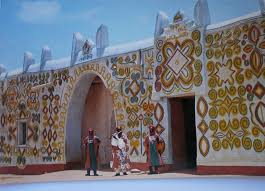 A colorful Palace wall in Kaduna


‘’…we visited a nearby village of conical mud huts whose residents were Christians. As we drove there, a missionary told us that the villagers had been threatened a few years earlier after they had constructed a tiny church. One day a gang of toughs invaded with machetes. The village lead a Christian for only four years boldly stopped them: ’Young men, over there are our crops. You may burn them if you wish. Yonder are our homes. You may tear them down if you must’’. Then he opened his robe and bared his neck. ‘’Here are our lives,’’ he said.’’ You can kill us, but you cannot take our Christ from us’’. And the invaders fled. 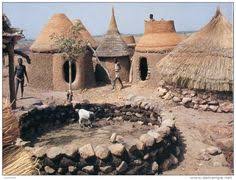 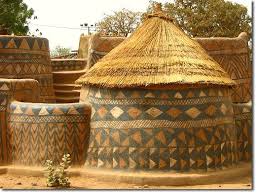 When we arrived, I discovered that the villagers had constructed a ‘’brush arbor’’-a shelter made of poles and brush that would accommodate about 100 people- for our meeting. It was full, some of them having walked fifteen miles to participate. As I spoke, I knew I had gained far more from them and their dedication to Christ than I could ever give them.

The Sultan was considered the king of Kaduna. He was a big man in flowing white robes before whom his people knelt to conduct their business. I had a ninety- minute interview with him. He already knew all about me and what I was doing. I told him about my faith and what Christ meant to me.

He agreed with that.

''I told him about my faith and what Christ meant to me'', Billy Graham

‘’Within ten years, ’he said to me, ‘’you Christians will be pushed into the sea. We are going to take over all Africa’’.

About six months later I read in a newspaper that he was dead; an assassin had slit his throat from ear to ear.

From: Just As I Am
The Autobiography of Billy Graham