If Your Candididate Losses, How Will You Cope?

...8 Things You Can Do If Your Candidate Losses This Election.

Posted by Ambassador T. Brikins
You   believed your candidate will win and it and it turned out he or she did not win.
Two things may have have happened. Your choice was wrong or you think inside you, "I  was cheated ".

Whatever, may be the reason, you are not God. Only God makes and delivers perfect decisions. You need to respect the seeming verdict of the people or God's permissive or perfect will.

Today, one of the biggest changes in Nigeria is currently happening-  Nigeria is right now announcing  a new President and you are at risk as your emotion will hurt.  That is if your candidate lost.

Election victories can be a big downer . Close to half of the population will be down  emotionally.
Whatever you may have done spiritual or physical, technical or professional, the fact remains only one person can win. And that person has won. 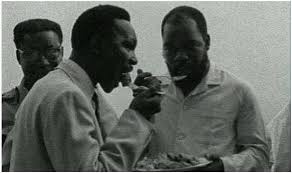 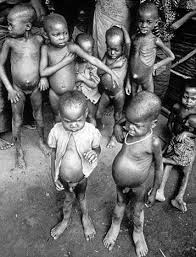 These unfortunate Nigerians had no meal to share. Think somebody.
“Do you not know that in a race all runners compete, but (only) one receives the prize?” 1Corinthians9:24.

Yesterday morning as I walked  by the High Court in Ikeja, South West of Nigeria to  collect my  National Drivers license which  was being processed  for about a year now, I saw a new banner with the inscribed  message "Special Election Tribunal".

So,  there is a place to vent your anger if your candidate loses.  But it will take your money, time, energy, emotions, pain etc. Please any form of illegality is not in it.  That will be cool if you limit your disappointment to yourself and not even involve your personal sphere of influence.

“I feel very depressed,” former U.S. Ambassador John Price told a reporter, about Mitt Romney losing the presidential elections in 2012. “ It was a very depressing evening, I thought we would win.”

Some have lost long time  friends.
After George W. Bush’s victory in 2004, Andrew Laguer, President of a conservative think tank in D.C. said, he had a major falling out with a Democrat he had known since high school.
The emotional impact of a political loss on supporters can be devastating.
Researchers have discovered that the pains of losing presidential election dominates the joy of winning it, is consistent with existing research that “bad” events in life immediately impact us more than the “good” ones.

People are  loss conscious. Put in Nigeria's currency , Naira and Kobo, you may be more upset losing N1,000 than you are happy about gaining N1,000.
Indeed the emotional impact of a political loss on supporters can be enormous. When Lincoln was elected, some believed the wrong person was elected – the South seceded.

2012 came  presidential victory for president and Democrat Barak Obama, and the defeat of Republican Nominee Mitt Romney.
“The election was really about saving America” a Romney supporter told CBS political analyst. “And I get really emotional about that.”
This blog is about Christian perspective and sits very well with Christian decision makers.
Politics today is highly driven by emotions. Emotion  is in  the realm of the flesh, the zone that Satan launches attack on people.
It is people  who are led by the Spirit of God, that are the sons of God. Romans 8:14. You should not be driven by your emotions but your spirit. The sons of God are not violent people. Don't allow your flesh-emotions to recruit you into the devil's army.

King Saul was so obsessed with jealousy regarding  the young David that it drove him to take one wrong decision after another until he rested in the bosom of a witch- the witch of endor and died a most disgraceful death. His position as the king of Israel with state  power  behind him could not upturn God’s choice.
We need to learn and know and recognize “that the Most High (God) rules the kingdom of mankind and gives it to whomever he will” Daniel . 4:25.
Today, March 31, 2015 may mar or make your life. It contains only 24 hours. But the eternal and supernatural wisdom of God says, "This is the day which the LORD hath made; we will rejoice and be glad in it."Psalm 118:24.

Warning. You are only permitted to rejoice and be glad in it. You disobey this if you made today.

A day may be too short but it is big enough for you  to make a life’s decision  that could lead  to life or death.
So, your  mind is the first place to guide against. Scriptural guideline for this is in Philippians 4:6-8.

Eighty thousand heart  heart beats.
One thousand four hundred and forty minutes.
A complete rotation of the earth.
A circle of the sundial.
Two dozen flips of the hourglass.
Both a sunrise and a sunset.
Your  vote belongs to yesterday where you voted…

Today is under your control. Use it for good not evil.
How you cope?

1. Have faith and hope that your love for your country should determine what you do.
2. Remember that people matter more than politics.
You may have to avoid some people until things calm  down, but it’s important to remember that there’s a reason you love and value people. In fact God commands you to love your neighbor as yourself.
3.Hang out more with people who think as you do.
This may be a better way to express your emotion.

4.      Keep in mind that a presidential term is four years. The next election year could be another story.

6.      Respect this outcome.
Nigeria  was built on the belief that everyone has a voice, and (hopefully) the winning candidate won fair and square. "Instead of trying to call for an investigation, threatening to leave or corrupting the minds of young people, why not appreciate the fact you live in a free country? You may not be happy with the results, but the people have spoken and like it or not, this is who was chosen. Remember why you love this country. Remember you’re still free to say anything and spoof your elected officials on the social media. You dealt with Obasanjo for eight years, and Yar'Adua and Jonathan for eight years before that. You can find a way to deal with whoever is elected, respect the office of the President and live civilly as an example to others. And no matter who is elected, remember that deep down, that person has the country’s best interest at heart. If this still doesn’t help…the founding fathers were wise in instituting term limits, so your next chance for change is only four years away.".
7. Search out something to appreciate in the new president.
8.       Move on with your life